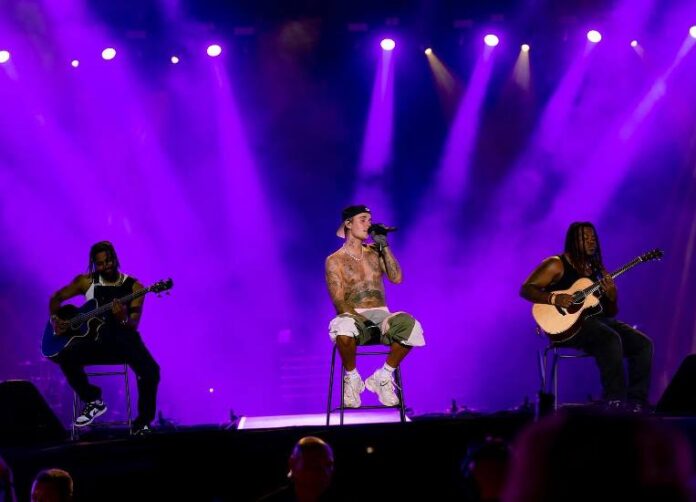 Canadian singer and song writer Justin Bieber has announced that he would be taking a break from his rescheduled Justice World Tour citing mental or physical health issues. The announcement by the singer was posted on Instagram  and added that performing six live shows  after his Ramsay Hunt Syndrome diagnosis had taken areal toll.

Bieber in his post added that in the past weekend he performed at Rock in Rio and gave everything that he had to the people in Brazil. The singer added that exhaustion took over him and he has taken a follow-up with his family, doctors and his team. Bieber has now decided that he would make his health a priority over his tour. He also said that he is going to take a break for the time being and is going to be Ok and needs to take some rest to get better. The singer also added that he has been proud to bring up this show with their message of justice to the world.

Justin Bieber concluded his post by thanking his fans for the support and prayers. The tour by Bieber was already postponed earlier in 2022 after Justin and the members of his team  had tested positive for COVID-19. The World Tour was set to run until March 2023 with 70 shows set up in South America, Australia, Asia, Europe and New Zealand. He was also due to perform in Singapore on October 25, 2022. With the recent announcement, the singer has not clarified when he might return to the stage. Even his publicists did not immediately respond for a comment.

However, the concert promoter AEG in an Instagram post on September 7, 2022 informed that the Asia leg of the tour would continue as scheduled and that they would be providing more updates soon. The Asia shows include Kuala Lumpur, New Delhi, Manila, Jakarta, Nagoya, Bangkok, Tokyo and Osaka.