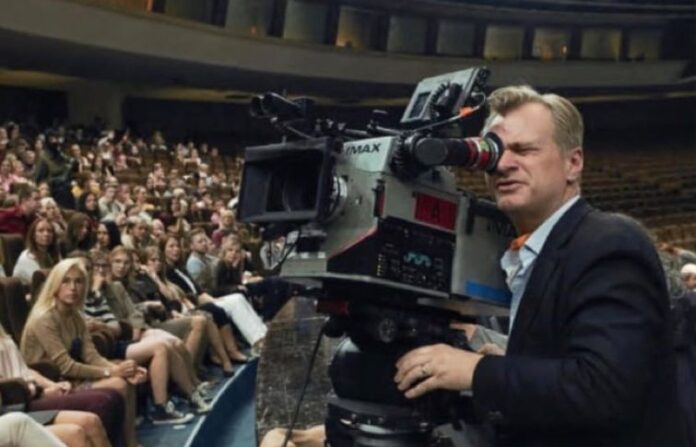 British-American filmmaker Christopher Nolan is known for making distinctive films for mainstream Hollywood. The filmmaker was recently in news when Hollywood actress Anne Hathaway in a recent interview claimed that the director has a ‘no chair’ policy on the film sets. Anne has earlier worked with the filmmaker on two films and the first was The Dark Knights in which she played the role of Catwoman. The other film was Interstellar.

Anne’s claims were soon addressed by the representatives of the filmmaker and clarified on what she actually meant. The actress was talking at the Variety interview, Actors on Actors and the representative clarified that the chairs that she was talking about were those that were surrounded around the monitor. It was added that the chairs were allocated on the basis of hierarchy that was not physically needed. The representative added that Chris opts not to have his own but has never banned chairs from the sets and that the cast and the crew can sit whenever and wherever they need to.

It was added that the actors had chosen not to sit as they saw the director on his feet and that they might not want to sit while the director is working on the sets. But the spokesperson added that Christopher Nolan has banned two things from the sets and they are the cell phones, which is not always successful and smoking which always works.

During the Variety interview, Hathaway had said that Nolan did not allow chairs and the reason behind that was if there were chairs, people would sit and if they sit they would not work. However, the actress at the same time added that Nolan has always come up with these amazing movies, in terms of scope and ambition and that they have always arrived under budget and schedule. Hathaway added that his chair policy could have something that always worked in his film’s favour.