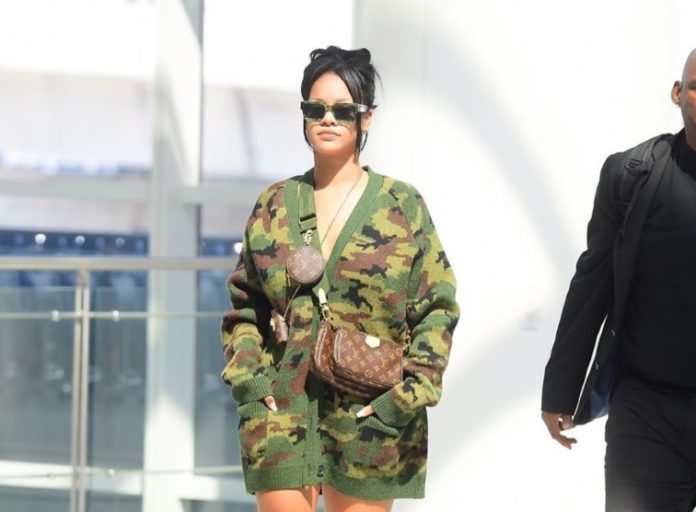 Barbadian singer and actress Rihanna was recently in news when it was reported that she was dating a Saudi based businessman named Hassan Jameel. However, soon there were reports that they have broken up after dating for three years. The former couple had never come out in open and kept their relationship private and occasionally posted pictures. In some of the interviews, the singer also confessed that she was exclusively in love. Some of her interviews also saw her fondly talking about her love for children and how she wishes to become a mother some day.

The 32 year old singer in a recent interview was asked where she would see herself in ten years to which she said that she would like to have three or four children. Rihanna also clarified that if she does not find the right partner, she would love to be a single mother. The Umbrella singer added that she does not care for the society that think that it is inappropriate to have children without their father and would love to raise children on her own as a single mother.

Rihanna expressed that the only thing that matter for her is happiness and a healthy relationship between a parent and a child. The actress was in an on and off relationship with Drake between 2009 and 2016. But in 2013, she had said that she has got back with Chris Brown, despite the fact that he was under probation for the 2009 domestic violence incident. In the same year , Brown revealed that he had broken up with Rihanna.

It was in 2017, when Rihanna got in to a relationship with Jameel but split in 2020. On the work front, the singer revealed that she is all set with R9 and is working hard on the music. Rihanna expressed that she has touched all the genres and that she is at a point where she can make anything that she wants.