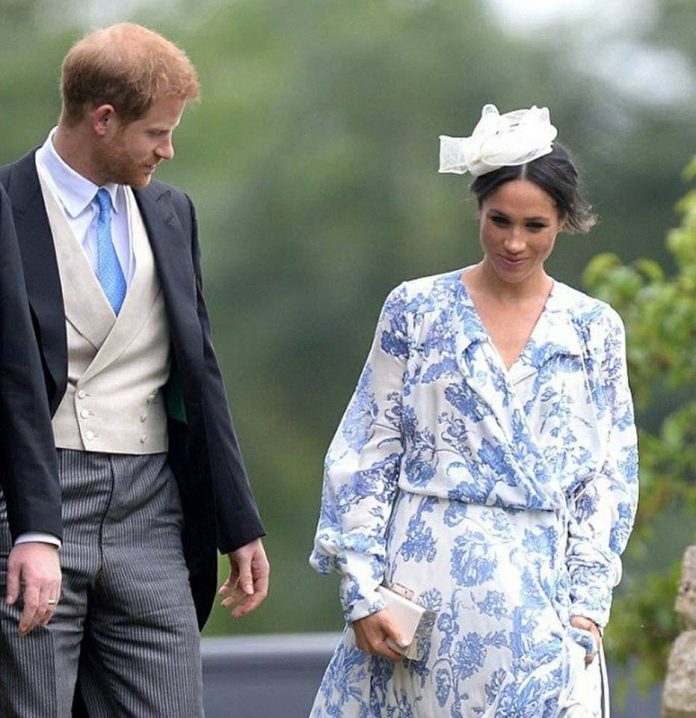 Meghan Markle and Prince Harry are expecting their first child in April, 2019. While some speculations say that baby Sussex has already arrived, nothing has been confirmed as the expecting parents have decided to keep the details of their baby private. One of the traditions that the Duke and Duchess of Sussex will not participate in is the famous Lindo Wing photo op.

People who are looking forward for Meghan and Harry’s baby might not be able to witness the tradition of posing outside the exclusive maternity St. Mary’s Hospital in London, that was first started off by Princess Diana and Prince Charles After the births of Prince William and Harry in 1982 and 1984 respectively. The tradition was carried by Prince William and Kate Middleton as the Duchess of Cambridge delivered all their three children there.

The Buckingham Palace made an announcement recently that Prince Harry and Meghan Markle have decided to celebrate the birth of their child privately. A statement from the palace said, “The Duke and Duchess of Sussex are very grateful for the goodwill they have received from people throughout the United Kingdom and around the world as they prepare to welcome their baby.” The statement added that the royal highness have taken the decision to keep the plans around the arrival of their baby private and that the Duke and Duchess of Sussex are looking forward to sharing the exciting news with everyone once they have had an opportunity to celebrate privately as a new family.

The palace officials also confirmed that the couple would take pictures with their newborn at Windsor Castle a few days after the birth. One of the royal observers, Richard Fitzwilliams while talking to a leading daily said that the Lindo Wing tradition had marked a change to the pattern of royal parenting when Diana had started it. The royal births have attracted a lot of attention and are identified with the Lindo Wing of St. Mary.