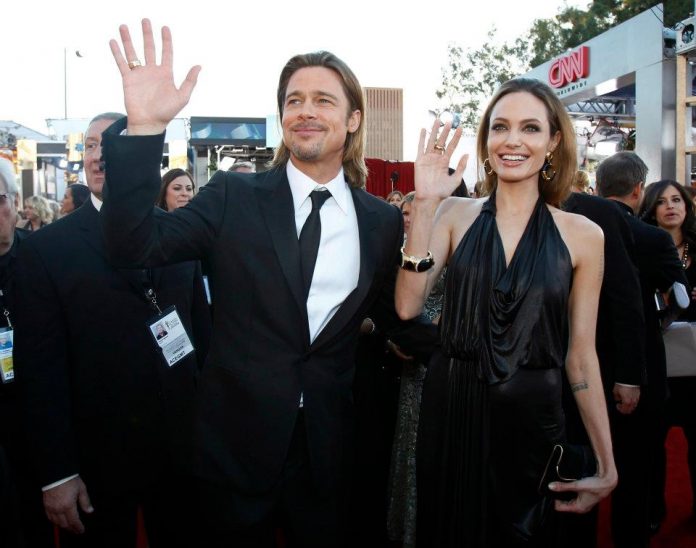 Hollywood actress Angelina Jolie is now officially single and does not have any intentions to remarry. After her divorce with husband Brad Pitt, the Maleficent actress might remain single forever. The divorce of the two celebrities was confirmed and Angelina Jolie decided to change her last name as well, no matter how painful it would have been for her.

The couple had parted ways in 2016 and since then there were no reports or news of Angelina bonding with anyone else. Reports say that the actress wishes to spend the rest of her life with her six children and does not feel the need remarry. A close friend said, “Angelina is living life in acceptance that things are over for good with Brad and that with her removing his last name, they are moving further away from each other, and she is OK with all of it”.

It also makes the actress a little sad as she realizes that this is an end to a very big and meaningful part of her life. Angelina had a lot of love for Brad so this has been a challenging time for her. The separation, divorce and the name change has been a challenging experience which has raised a question if she would consider getting married again or take on someone else’s name ever again.

Talking about Angelina and Brad’s summer plans with their children, the couple might not be going for a holiday this year as Brad Pitt will be attending the Cannes Film Festival for his film Once Upon A Time in Hollywood. Angelina will soon begin the promotions of her upcoming film Maleficent: Mistress of Evil. Pitt was earlier married to Jennifer Aniston but the two got divorced in 2005. He got married to Angelina in 2014 and got divorced in 2019. The actor owns his own production company known as Plan B Entertainment.