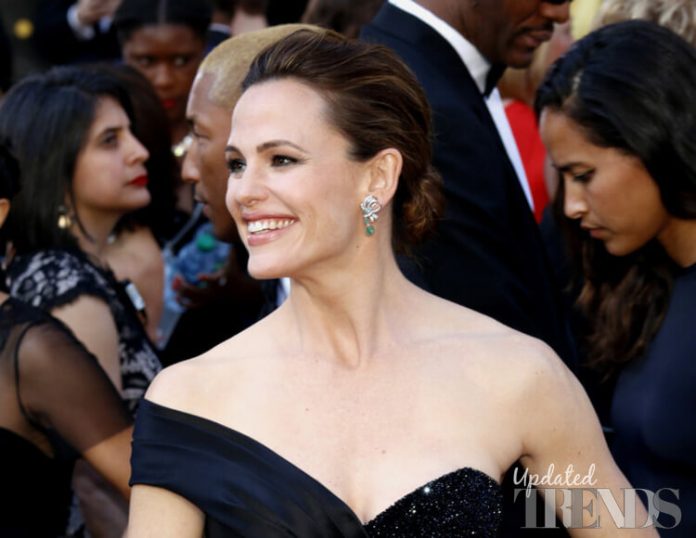 The weekend that just went by started off with a hilarious video – where the usually poised Jennifer Garner was seen in a rather crazy, quirky and outright funny avatar as she was on laughing gas that she was given as a part of the dental surgery she underwent last week.

The mother of three was also on novocaine and she posted a video on her Instagram account where she unusually reacts to the song, ‘Hamilton’ as she is seen both laughing and crying at the same time in what seems to be an emotional outbreak. The otherwise well put-together and articulate actress looked like she can’t get a hold of herself as she discussed the song with someone she called while on her way back home from the dentist’s clinic and reacting to dental anesthesia.

It is crazy yet awesome to see 45-year-old Garner crying funnily as she listens and bawls about this “so beautiful, so pretty music” and breaks into this hysteric version of laughter, enjoying the tune in a never-seen-before style.

This inherently hilarious video opened up her fans to a different side of the actress – one who can get emotional about a song like an ordinary person and have a crazy reaction to high dose medications.

Garner can be heard saying to the person on the other end of the call, “Listen to the song. It was so beautiful, that music was so pretty. And so I told them about it, they have to see it.”

The 13 Going on 30 actress has recently joined Instagram and this video has already garnered her more than 2, 57,000 views already.

The fellow Instagrammers fully enjoyed the video and posted how it made them roll over in laughter, while praising the actress for her ingenuity! 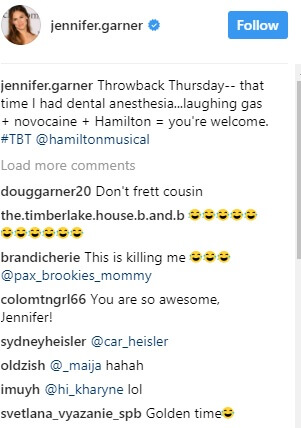