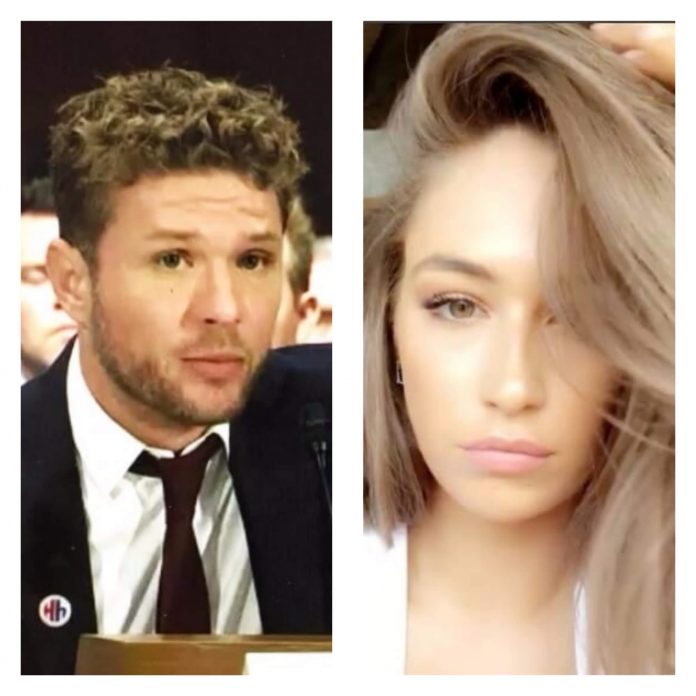 Ryan Phillippe is making headlines and not for a new acting project. Playboy model Elsie Hewitt has alleged that Phillippe assaulted her and reportedly caused her bruises, emotional distress, chest wall pain and abrasions. However, Ryan has allegedly refuted her claims clarifying, “the reports are false.”

The 21-year-old model claimed in some documents that a fight happened between the pair at the 43-year-old actor’s house on July 3, 2017 after which Phillippe allegedly attacked Hewitt violently by ‘grabbing her by her arm’, ‘striking her’, ‘cornering her’, ‘kicking her’ and ‘aggressively pushing her to the ground’ when she went to gather her things from his house the next day.

Reports further claim that Hewitt allegedly went to a hospital after that and obtained a protective and restraining order temporarily from the cops that expired a few days after the alleged incident. She has now filed a lawsuit on Monday, September 18, 2017 demanding over a million dollars that also reportedly claims that the actor rigorously abuses drugs like ‘cocaine, ecstasy, psychedelic mushrooms and steroids’ and that he would abuse her under the influence. People magazine further reports that Hewitt claimed that the actor “increasingly combined these drugs with excessive alcohol consumption and often exhibited symptoms attendant of poly drug and alcohol abuse, including mood swings and bouts of anger.”

Ryan, on Tuesday, September 19, 2017, however, put Hewitt under the scanner. He reportedly claimed that she showed up to his place uninvited and drunk and physically attacked him, causing a scene and refusing to leave his home. It was then that she had to be escorted out of the house by the security guards where she allegedly fell and hurt herself, thus the bruises.

He has also further alleged that the lawsuit is only to take her revenge as he broke off their relationship and for fame and money while Hewitt’s representative has denied any such thought or suggestion.