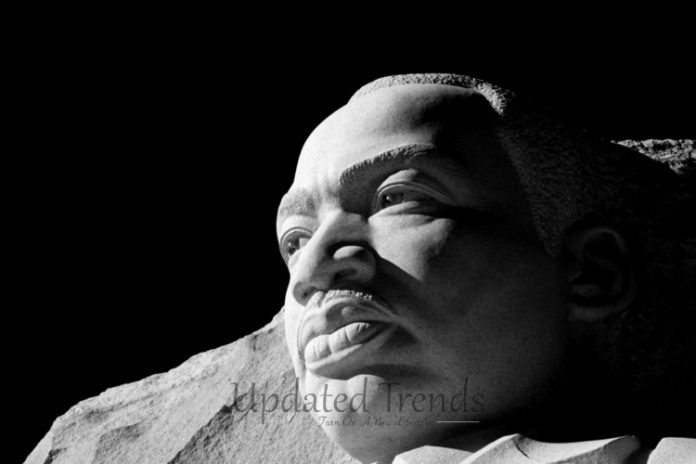 I have a dream…

Martin Luther King Jr. is an icon who will be remembered for his fight to gain equal rights for the African American community in the United States. After generations of being forced under the yolk of slavery for White folks, for the first time ever, a ray of hope shone for the downcast section of society. A man who dedicated his life, and sacrificed it in the end, for the freedom of all people, achieved so much in his short span of time for the people. After his assassination, a day every year was dedicated to his legacy, on the third Monday of every January around his birth anniversary (January 15). In honor of the late Martin Luther King Jr., we remember 10 of his life’s milestones that helped change the way we look at human rights and freedom forever.

In 1955, the rights for Black people was minimal. While Whites could travel around freely, Blacks were restricted to how they mingled with White passersby. One such rule was that a Black was forced to stand in a bus, while only Whites had the privilege of sitting. Then Rosa Parks got in and things changed. Her action of refusing to give up her seat for a White caused the Montgomery Bus Boycott. It was Martin Luther King Jr. who led that protest that lasted over a year. The result? The US Supreme Court ruled that segregation in public buses was unconstitutional. However, he found himself being threatened, even to the point of his home being bombed.

Founder and President of SCLC

After the success of the Montgomery Bus Boycott, King was inspired to start a more legal institution to fight for equality of the Black people. Based on his Baptist upbringing, in 1957 he started the Southern Christian Leadership Conference (SCLC). This institution played the biggest role in the American Civil Rights Movement. He was not only founder, but remained President of SCLC till his assassination in 1968.

Birmingham used to be one of the most racially divided cities in the country. After the Montgomery Bus Boycott, King turned his attention to bring equality in the laws prevailing here. His movement did not seem to attract a lot of adult attention, so he began recruiting the youth and children to participate. This was also a way of involving every section of society to the plight of the Black people. What caused national attention was when the police used brute force, including high-pressure water jets to disperse the protesters. Due to national outrage, the man in-charge was fired and the government finally decided to change the discriminatory laws.

The Great March on Washington

The support received from people for Martin Luther King Jr. was unprecedented. In 1963, he led the Great March on Washington that gained the support of over 250,000 protestors who made their way to the capital to establish laws for jobs and freedom for the black people. This was unheard of and has still not happened in recent history. It led to the passing of the Civil Rights Act of 1964. It also established Martin Luther King Jr. as the face of the Civil Rights Movement that he helped start.

I Have a Dream

On the steps of the Lincoln Memorial in front of 250,000 watchers, Martin Luther King Jr. delivered the speech that would be recognized world-over as the speech for freedom rights. “…I have a dream that one day on the red hills of Georgia, the sons of former slaves and sons of former slave owners will be able to sit down together at the table of brotherhood…” Read the entire I Have A Dream speech by Martin Luther King Jr.

Time’s Person of the Year

Though we don’t agree with Time’s Person of the Year 2016, in 1963 it was a different thing. Martin Luther King Jr. achieved the honor as the first African American Black person to be on the cover of the magazine as their awardee. He however, did not look upon it as a personal achievement. Rather, he used it as an impetus to the Civil Rights Movement in the country. The magazine recognized him as “the fearless leader who fought to bring equality in America”.

Inspired by India’s Mahatma Gandhi, MLK Jr. fought the Civil Rights Movement through the route of non-violence. He believed that the most powerful weapon was the voice, not brute force. He, therefore, was recognized for his leadership, his methods and his faith in bringing an entire nation of people together to fight for a higher cause. At the age of 35, he became the youngest person at that time to be awarded the Nobel Prize for Peace in 1964.