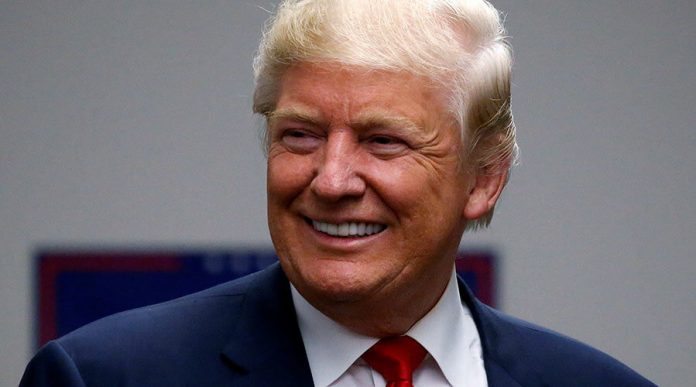 Surprised are we? Read on for the best part!

“It means a lot. It’s a very important magazine, I consider this a very, very great honor.”

However, he was rather displeased with the magazine’s cover description of him as the “President of the Divided States of America.”

“I think putting ‘divided’ is snarky, I’m not president yet, so I didn’t do anything to divide,” Trump said.

Managing Editor of Time Magazine said that Trump’s impact on the media landscape is undeniable. His unconventional tactics and and inflammatory comments have led to wide spread media coverage with an estimated free media coverage worth $2 billion over the course of his presidential campaign.

“I’ve never seen so much agreement about who had the most influence,” Gibbs said. “I don’t think that we have ever seen one person operating in such an unconventional way have an impact on events of the year quite like this.”

The tradition of selecting a Time’s Person of the Year began way back in 1927. The annual selection is determined by the magazine’s editors and is meant to highlight a person, idea or cause that has had the most influence on the news and other medias that year.

In addition to announcing Donald Trump as the Time’s Person of the Year, the magazine also announced Indian’s PM Narendra Modi as the winner of the 2016 readers’ poll on Monday.