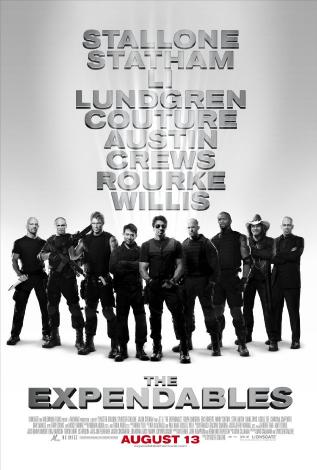 Updated Trends: The Expendables: A Film With A Load Full Of Heavyweight Superstars

The new movie which due on release called ‘The Expendables’ is an unbelievable movie is full of heavy weight super stars from the Hollywood movie industry. This is Sylvester Stallone new movie and is also directed by him, and we can only expect a lot action from his movies though.

“The Expendables” revolves around a group of mercenaries, who are sent on  a mission to South America, to tackle and overthrow an evil dictator, David Zayas, who is named as General Garza in the movie. Arnold Schwarzenegger is also in this movie, but he is not a part of the action. Bruce Willis is here too and he is the man who actually hires the expendables.

The cast includes people who we can only imagine in Hollywood and they are here. Stallone, Jason Statham, Jet Li, Dolph Lundgren, Mickey Rourke, Steve Austin, Terry Crews and many more. With a cast that can weigh this much, one can only imagine where the movie is heading.  The movie will be in the theaters on the 13th August, and we predict that the people will have the thrill of their lives when they watch this movie.