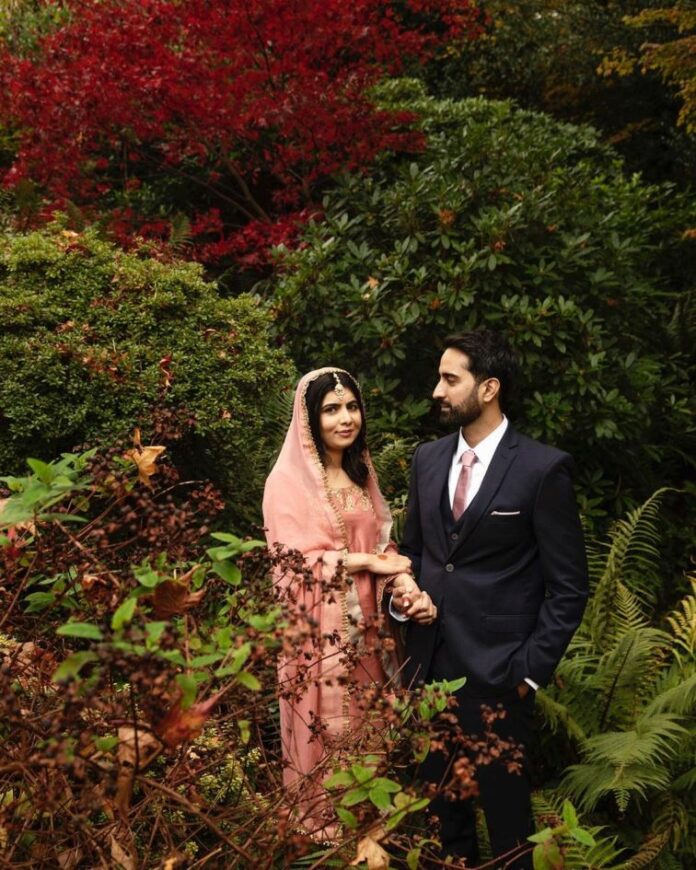 Pakistani activist and Nobel Peace Prize laureate Malala Yousafzai gave a pleasant surprise through her social networking account by announcing about her wedding with Asser Malik. The activist announced that they had a small Nikah ceremony at home in Birmingham with their respective families.

Malala shared four pictures from her wedding. Two of them were from the wedding ceremony and the other two saw the couple posing for the cameras. Malala was seen wearing an onion pink outfit while the groom was seen in a navy blue suit. The pictures also showed her parents Ziauddin Yousafzai and Toor Pekai Yousafzai.

The Pakistani education activist is the youngest Nobel Peace Prize recipient in history. It was in 2012 when she was shot in the head by Taliban in Pakistan when she was advocating for the fundamental right of girls to education. Malala was 16 years old when she made a speech on the need of gender equality in education at the United Nations headquarters. After the attack on the activist, the incident forced the Pakistan government to pass its first Right to Education law. She has also written and published the book I Am Malala that has narrated about her attack and aftermath.

Malala did her graduation from the Oxford University but had declined a spot at Harvard so she could focus on the co-founding of the Malala Fund with her father. It is an organization that promotes the girls’ education programs across the globe. After recovering from her injury, she became a prominent activist. In 2017 she was also awarded honorary Canadian Citizenship and had also become the youngest person to address the House of Commons of Canada. Talking about her husband Asser Malik, he is a manager with the Pakistan Cricket Board in Birmingham. He has been in the sports industry and has also designed the player development program for the Multan Sultans which is a Pakistani professional Twenty20 franchise cricket team.