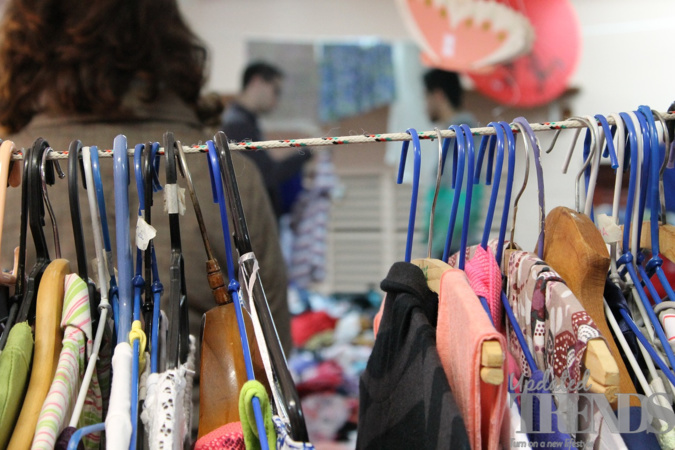 A trend of fast fashion is noticed in the United States since the past three decades. Fast fashion is when manufacturers produce inexpensive clothing in response to the latest fashion and is bought by the Americans, who hardly use them on an average of seven times and discard. These discarded clothing is shipped to far away countries that get filled up in the market place and pollute the beaches and overwhelm the dumps.

The American’s trend of buying clothes has increased by five fold in the last three decades. This has resulted in more clothes that are being discarded. Majority of the Americans donate the used clothes to charities while assuming that it will be reused. But as the amount of clothes that are discarded has increased, the quality of the clothes has also gone down. Millions of garments are put in to bales and are shipped abroad every year. The Kamanto market in Ghana is one of the places where millions of clothing arrives from the western countries.

Estimates say that around 15 million items of used clothes arrive every week here and the entire population of Ghana is just 30 million. Samuel Oteng, a fashion designer and project manager Or Foundation has opined that the United States is the biggest culprit that exports second-hand clothing than any other country in the world. The bales are purchased by market traders, who do not know what is in them for around 25 to 500 dollars each. The clothes are then cleaned, tailored and re-dyed to give it a new life.

But this upcycling process has become difficult in recent times due to the poor quality f fast-fashion garments. Earlier there were good quality clothes but now there is plenty of trash due to over-production. This upcycling work by traders of Kamanto is basically not enough to deal with the massive clothing trash created by the US. Nearly 40 percent of the clothing bales lands up at the landfills.