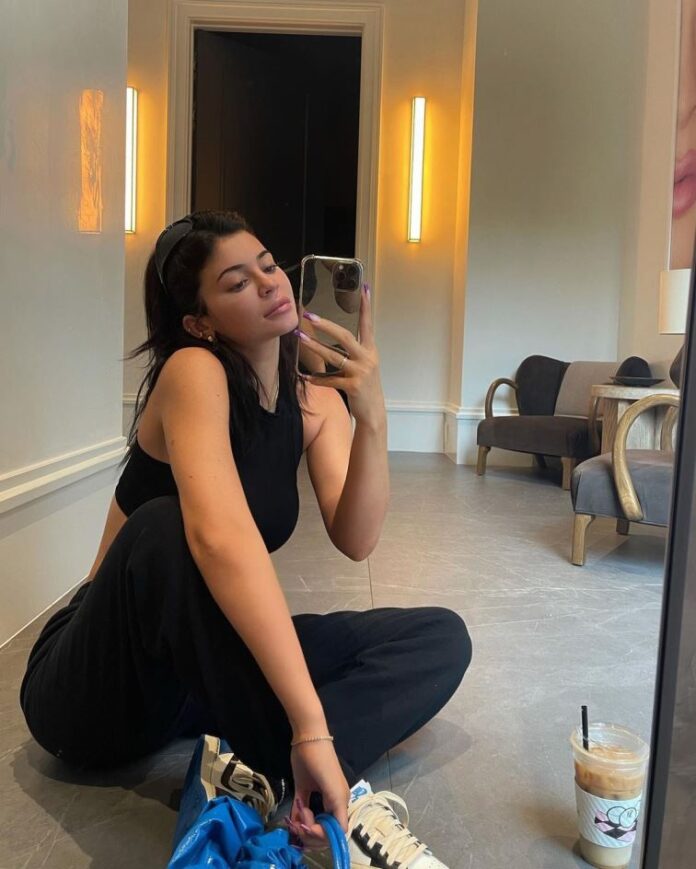 American model, socialite and businesswoman Kylie Jenner has made an announcement that she is expecting her second baby with partner Travis Scott. The announcement was made with the help of a video that is a minute and a half long and has shown a pregnancy test that shows ‘pregnant’ and then moves to get a shot of Scott who hugs around her belly.

The video has also shown the couple’s three year old daughter Stormi who gives her grandmother Kris Jenner an envelope that has a few sonogram images. Jenner expresses, “Are you pregnant?! Stormi! We’re going to have a baby! This is one of the happiest days of my life!”. There is another shot that has shown Stormi adorably kissing her mom’s belly. Sister Kourtney Kardashian also expressed her joy in the comments.

Kylie Jenner and Scott had started dating in 2017 and had split in 2019, after being together for nearly 2 years. But soon reports of their reconciliation sparked as they looked comfortable at the red carpet of Parson’s Benefits, when the rapper was honored. In his acceptance speech, Travis confessed his love for his wife Kylie and daughter Stormi.

Kylie had earlier dated Tyga when he was seen getting close to her on her 17th birthday party. That was the time when he was engaged to Blac Chyna but days after Kylie’s 17th birthday Tyga and Chyna broke up. They also have a son together. Kylie turned 18 years old in 2015 and made their relationship official. She also appeared in a few music videos of Tyga but in 2017, the couple called off their relationship due to unknown reasons. In April 2017, Kylie was seen with Travis at Coachella and in 2018 Jenner and Travis became parents to a baby girl and named her Stormi Webster. The two had broke-up in 2019, but then they quarantined together during the COVID-19 pandemic for their daughter and things worked out in their favour.