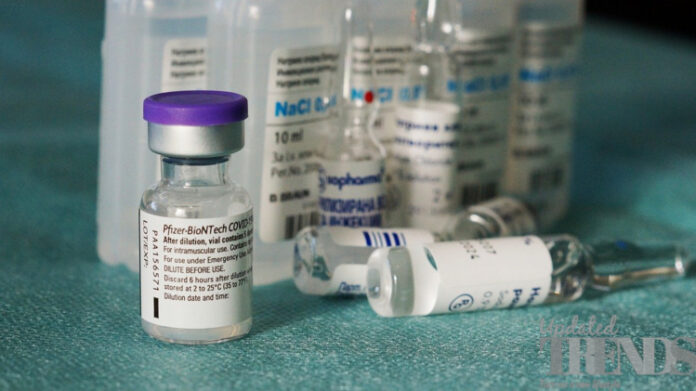 The demand for the COVID-19 vaccines continues to remain high across the globe as nations are dealing with the third wave due to the Delta variant. Amidst the third wave, pharma giant Pfizer has announced that it has increased the prices of its coronavirus vaccine by 25 percent in Europe as a part of the new contract with the European Union. A recent report has said that even its competitor Moderna is also considering to hike the prices of the jab in Europe by 10 percent.

Pfizer’s own estimates has mentioned that its COVID-19 vaccine is expected to generate most of its revenue of any drug in just one year that comes to #33.5 billion for 2021. At the same time the company has also said that it is providing the poorer countries with the vaccine at a highly discounted price. The Pfizer vaccine is based on its mRNA technology and has earlier charged the European Union with €15.50 for a single dose. After the hike, the company will be charging €19.50 for the next 2.1 billion doses that are all set to be delivered through 2023.

On the other hand Moderna has earlier charged the EU $22.60 for a single dose but will not get $25.50 for a single dose. Now that the announcements have been made for the European Union, there is no word as to when the next round of negotiations would be held between the United States and Pfizer and if the prices would also be increased for the US. Pfizer and Moderna have not yet responded to requests for comment.

It has to be noticed that majority of the companies are selling their COVID0-19 vaccines for profit. The residents of the European Union are receiving the COVID-19 vaccine for free from the government. It is also free for the citizens of the United States. Governments across the globe are spending a lot to bring the pandemic situation under control.