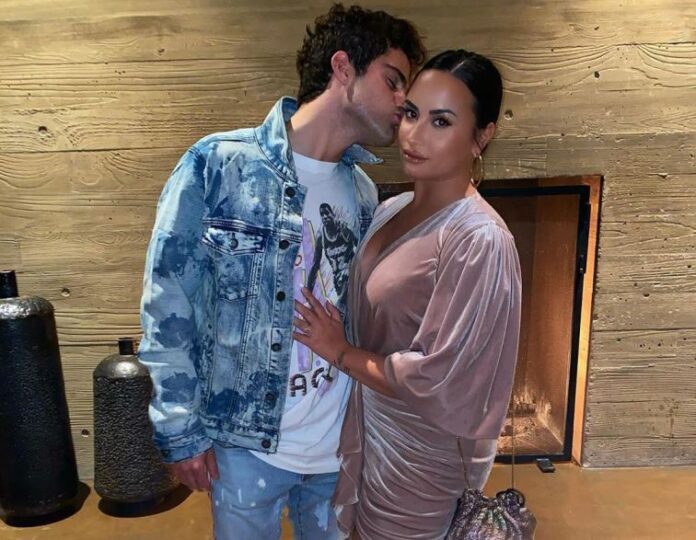 Just two months back American singer Demi Lovato had treated her fans with some good news about her engagement with Max Ehrich. But recent reports have claimed that Demi and her fiancé Max have parted ways and have called off their engagement. This means that the fans of the singer will have to wait a little longer to see their favourite singer to get married.

It was like a fairytale engagement for Demi and Max Ehrich when the former had opted for a romantic beach proposal with a huge rock for his lady love then. Close friends of the couple have confirmed that they have surely gone the separate ways and added that they would now be focusing on their respective ways. It is also said that the two continue to have immense love and respect for each other and would always cherish the time they spent together.

Max and Demi started to see each other in the month of March which was soon after a coronavirus pandemic induced lockdown was announced. They spent a lot of time together and in fact had also spent the entire lockdown time together. It was in the month of July, when Max planned something special for his lady love and went on to a beach to pop the question. The couple posted some beautiful pictures from the beach proposal on the social media.

Demi had then also posted an emotional note for Max and also showed off the massive ring that Max presented with the proposal. This was also the first time Lovato had openly admitted that she was dating Max. The singer was earlier in news web she had made a statement about her sexuality and said that she was open to date any gender. In the past she has also been vocal that she had a tough time dealing with drugs and alcohol and went to the rehab at the age of 18.