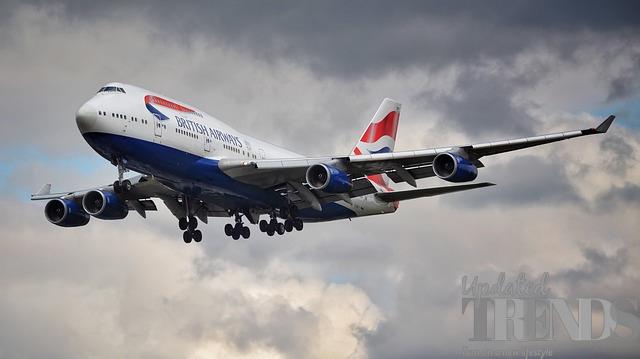 A number of business sectors have been adversely affected due to the coronavirus pandemic and now that the lockdowns are slowly being eased, the economic effect is not prominently visible. In order to help recover from the economic setback, a number of companies are adopting different ways to recover. British Airways is one of the airlines which is also facing the wrath and is now planning to auction off art which is worth about millions.

The airline is looking forward to different ways to raise capital amidst the crisis. The art work that will be auctioned will include the works by Damien Hirst, Briget Riley and Peter Doig. One of the art pieces are valued at more than £1 million. These art pieces were earlier on display at the airport lounges and at least 10 of them from the collection will be put up for sale. Reports reveal that auction house Sotheby’s have been roped in to value the art work. However, the airlines as well as the auction house have declined to comment on the progress in this matter.

Amidst the coronavirus pandemic, the British Airways has faced a lot of financial pressure. It had earlier predicted that many of its flights would be grounded as the demand for travel would suppress. In the month of April, IAG, the parent company of the airline had warned that the airline was planning to cut as many as 12,000 jobs that would help it to reduce the operation costs. The airline reported a loss of 535 million euros in the first quarter which was a major fall from 135 million euro profit a year earlier.

At the same time British Airways has also said that it is trying is best to save jobs as well as money. Not just BA but the entire aviation industry has faced the wrath of the pandemic and is severely affected. Travel restrictions in many countries have affected the airline’s business.