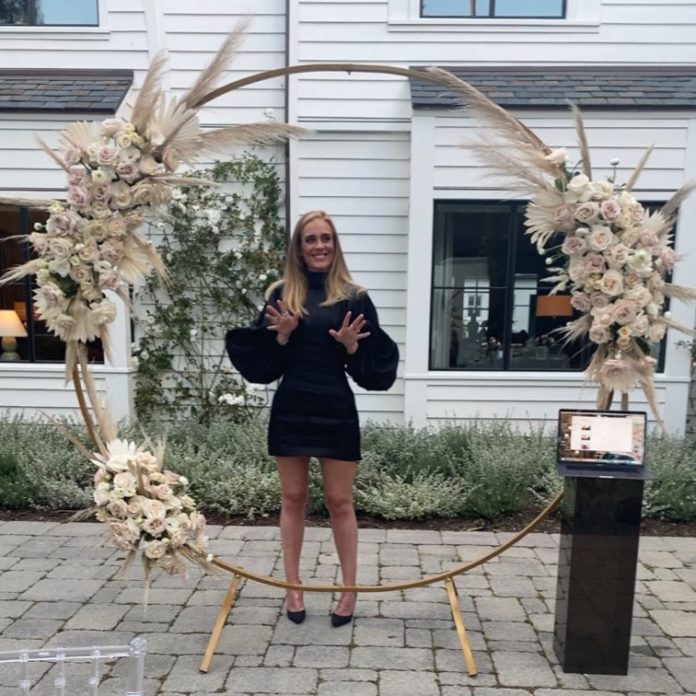 British singer and song writer Adele shocked her fans after she shared a new picture of herself from her intimate birthday celebration on May 5, 2020. Since the number of cases are increasing everyday in California, the singer decided to have a homely birthday celebration to celebrate her 32nd birthday. Fans of the singer poured in wishes for her birthday and on this occasion, Adele shared a picture of her from her intimate celebration. Adele looked gorgeous in a black outfit as she posed behind a gold circle with flowers on it.

The Hello singer thanked her fans for the wishes and also hoped that everyone is staying safe and sane during the crazy time. Apart from thanking her fans, the singer also thanked the responders and essential workers who are keeping everyone safe and are fighting against the deadly virus during the coronavirus pandemic.

On the personal front, Adele was earlier married to charity entrepreneur Simon Konecki , with whom she has a son. The two separated after seven years of marriage and had filed for a divorce in 2019. In 2018 it was reported that she was working on her fourth album. On May 5, 2019 the singer had posted many black and white pictures that had reflected some of her previous years. It was on February 15, 2020 when the singer made it official that she is all set to release her fourth studio album in September 2020. The fans are surely waiting eagerly for her next studio album.