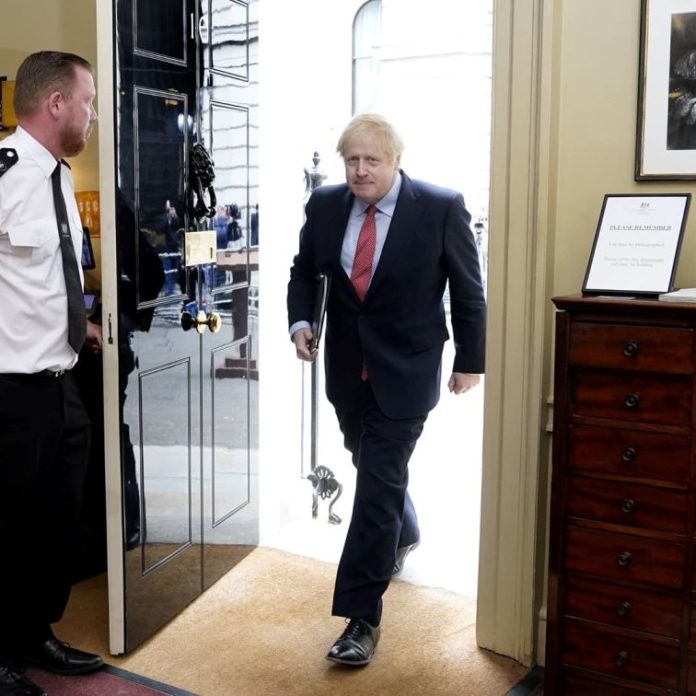 Prime Minister of the United Kingdom, Boris Johnson has returned to his office after three weeks, post his recovery from a severe case of coronavirus on April 27, 2020. Despite his return to his office, the Prime Minister did not give any hints about when the country’s lockdown will be opened or loosened. Johnson instead urged people to remain cautious and did not give any hints about when the schools and colleges would be allowed to be opened or when things would get back to normal for the businesses to function again.

The UK Prime Minister called this time as the time of maximum risk of second wave of infections. On the other hand many other nations in Europe have started publishing their respective plans on gradually reopening lockdowns with some strict measures in place like social distancing and time-to-time sanitization. Italy, which was the worst affected country in Europe, will be allowed to relax social distancing on May 4, 2020 while the restaurants will be reopened only next month.

While Johnson has been reluctant about reopening measures, he has been receiving pressure from his colleagues from Conservative Party and other business leaders to relax the lockdown measures so the economy gets back to normal. The 55 year old minister apologized for being away from his desk longer than he liked. In his speech outside 10 Downing Street, Johnson expressed that coronavirus is a physical assailant and an invisible and an unexpected mugger and that it is time that people come together to wrestle the virus to the floor.

The Prime Minister was earlier reluctant about the idea of imposing a strict lockdown but had to undergo a treatment at the Intensive Care Unit at a London Hospital. Boris was discharged after six days in the hospital. When he was away from his desk, some of his duties were fulfilled by the foreign secretary Dominic Raab. The United Kingdom has so far registered 20,000 deaths due to coronavirus which is the fourth highest death toll in the world.