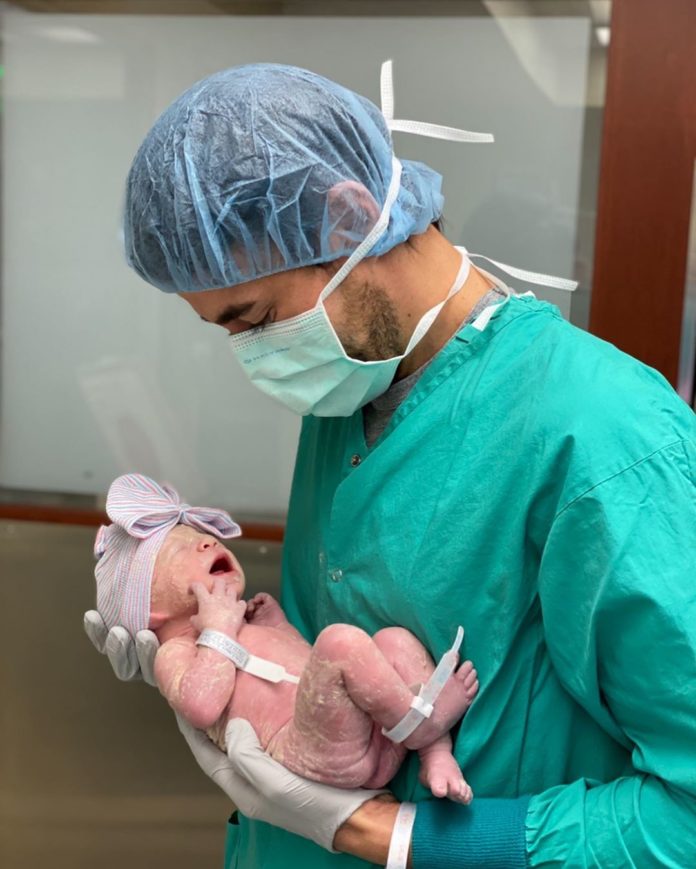 Spanish-Filipino singer Enrique Iglesias and wife Anna Kournikova have once again became parents to a baby girl on January 30, 2020. The couple had kept the news as a secret so far and revealed in an adorable Instagram post that seemed like straight from the medical centre. The Grammy award winner shared a picture in which he is seen holding the newborn in his hands while he is wrapped in a scrub and a mask.

The singer also posted another picture that showed the Russian tennis player in the surgery room as she holds the little one and is being loved by husband. The news about the new baby was earlier hinted by Enrique’s brother Julio Islesias Jr. , who in an interview had said that he is uncle ready. However, Julio did not reveal anything about the baby.

The Escape singer in an interview was asked if how he would feel if his children would like to pursue a career in music. Enrique answered that he wants his children to do whatever makes them happy and added that he would be a cool dad. Anna has been in a couple of relationships earlier. She was earlier in a relationship with Pavel Bure, who is an ice hockey player. There were reports that they were engaged after they were snapped together at a restaurant in Florida. But the two had denied any engagement reports. Even after she started dating Enrique Iglesias, the tennis player had constantly denied of any dating reports and also denied to comment on her relationship status. It was in June 2008, when Iglesias had reportedly married Anna.