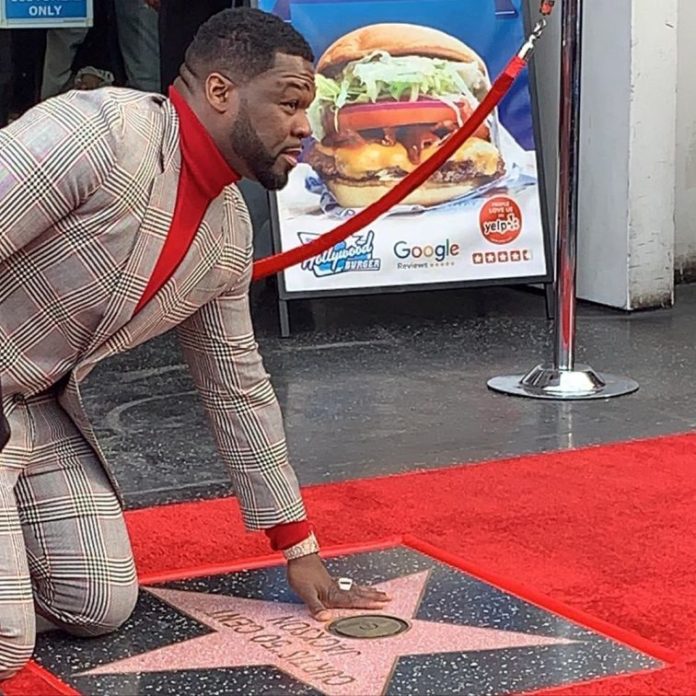 American singer and song writer 50 Cent also known as Curtis Jackson has earned the prestigious Hollywood Walk of Fame Star. The rapper also shared a picture of the star on his Instagram account. 50 Cent is not just known for his music but is also known for being a venture capitalist, a successful entrepreneur, actor and an executive producer.

Curtis Jackson was born at the Queens, New York City and his childhood was not so pleasant. It was in 1996, when Jackson started to rap at a friend’s basement. He used turntables to record over the instrumentals. In the same year he was introduced to Jam Master Jay of Run-DMC, who turned a teacher and taught him to count bars and write choruses, make records and give a structure to songs. He first appeared on React with Onyx for their album Shut ‘Em Down.

In 2002, he was then noticed by Eminem after he heard Guess Who’s Back?. Eminem was left impressed and called him to Los Angeles and introduced him to Dr. Dre. A $1 million record deal was signed and the album No Mercy No Fear was released. Since then there was no looking back for 50 Cent. Once the rapper shot to fame, the singer then also ventured as an entrepreneur and has now set his foot in film production, liquor, footwear, apparel, video games, book publishing, mobile apps, headphones and dietary supplements.

On the personal front, Jackson has a son Marquise Jackson, from his first girlfriend Shaniqua Tompkins, who later sued him for $50 million while claiming, the Jackson did not take any responsibilities. The two have been separated for many years, but the birth of his son had changed Jackson for good. The rapper says that it was his son who inspired his career and got motivated in to a different direction. Jackson then dated model Daphne Joy and also had a second son Sire Jackson in 2012.