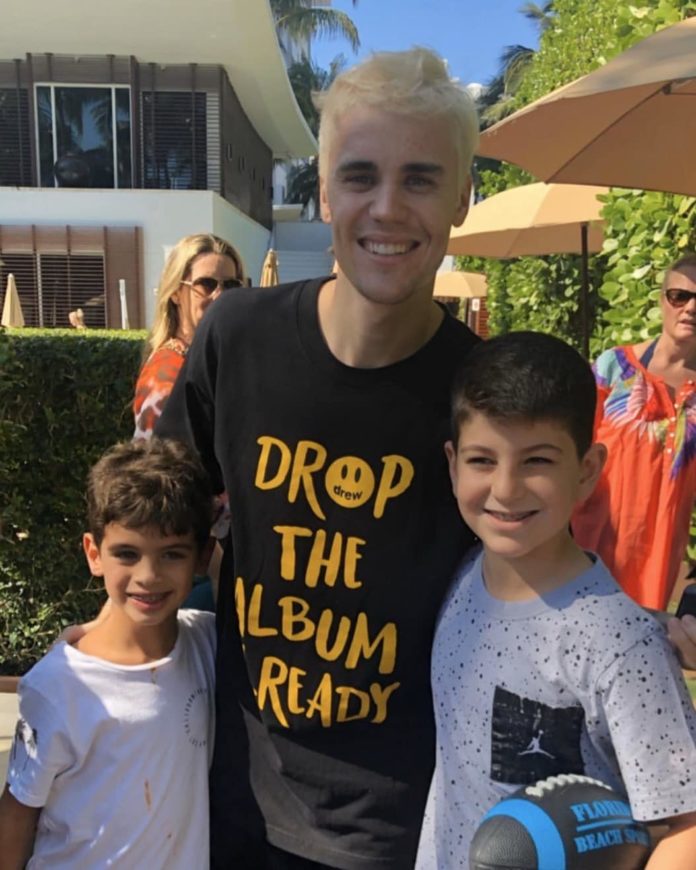 Canadian singer Justin Bieber and Hailey Baldwin are one of the most adorable couples in showbiz and recently celebrated Thanksgiving together. Last year, the couple had a Canadian celebration but this time the two opted for a celebration in Miami and got together with friends and family members for a grand feast.

Hailey and Justin got married twice and the latest was in September 2019 and it surely seems like the couple is deeply in love with each other and this Thanksgiving they were thankful for having each other. Hailey was seen in a vintage inspired denims with a striped t-shirt while Bieber was in a rather comfortable look in a pair of colorful crocs with a t-shirt that had the text “Drop the album already”. The American model took her Instagram account and expressed her love for husband Justin and wrote, “thankful for the love of my life.”

Hailey and Justin have surprisingly been away from the limelight for most of 2019 and have opted out of many award ceremonies and music award shows as well. Justin had earlier in 2019 revealed that he was struggling with some mental issues and was seeking help that was required. Meanwhile, it was Hailey who stood by his side like a rock and showered all her support. The couple also had to postpone their wedding date and got married for the second time in September 2019.

Bieber had earlier dated Selena Gomez. They had a long on and off relationship from 2010 to 2018. It was in July 2018, the singer got engaged to Baldwin and got their marriage license in September 2018. In November 2018, the singer said that he was married to Baldwin. They had a very private wedding and again had an official wedding in South California on September 30, 2019. Bieber has been popular as a singer since he was 13 years of age.