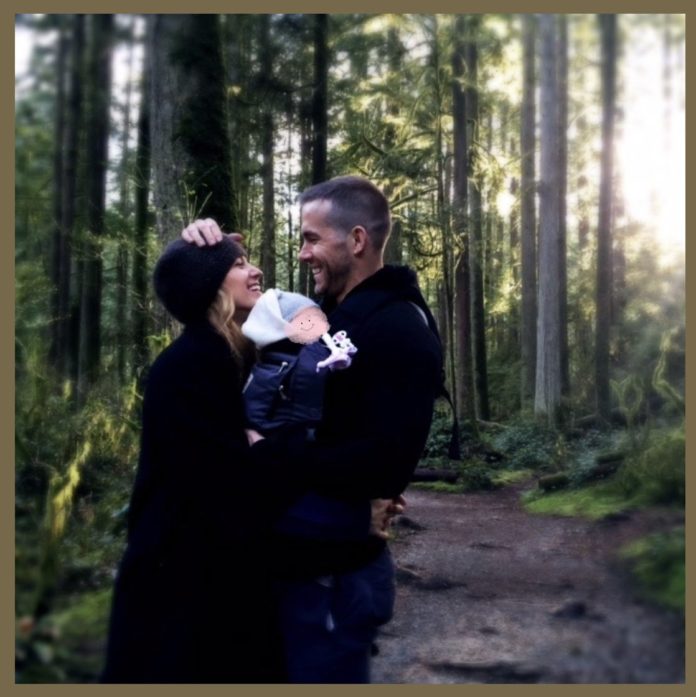 American actress Blake Lively and husband Ryan Reynolds have become parents for the third time. The celebrity couple did not reveal the gender, date or name of their third child. Blake and Ryan became parents to their third child about two months back and had managed to keep the news hidden since then. Reynolds took his social network account to share an adorable picture with his wife and their third child.

The couple gazed adorably in to each other’s eyes as they sandwiched their little one in between them amidst the woods. Reynolds covered the baby’s face in the picture. The actor also posted an important message for his fans while letting them know that he wants his daughters a natural playground like he had when he was a child. Soon after the picture was posted, Fans poured in with congratulatory messages and some also indulged in posting a few fun messages.

Ryan and Blake have been protective about their first two kids and are going to follow the suit with their baby number three. The couple wishes to give them a very normal upbringing and don’t want them to grow up as star kids. Some of the close friends of the couple revealed that Blake and Ryan do everything that is possible to make sure that their kids are brought up in the most normal way.

Blake has been pregnant but remained out of the limelight to protect her and her children from the paparazzi. There are many celebrities who wish to give their kids a normal upbringing instead of bringing them up as star kids. They are often followed by the paparazzi and the intrusion irks the parents as they are sentenced to being judgemental. Blake and Ryan Reynolds got married in 2012 and welcomed their first daughter in 2014 and the second daughter was born in 2016. In May, 2019 reports stated that the couple was expecting their third child together.