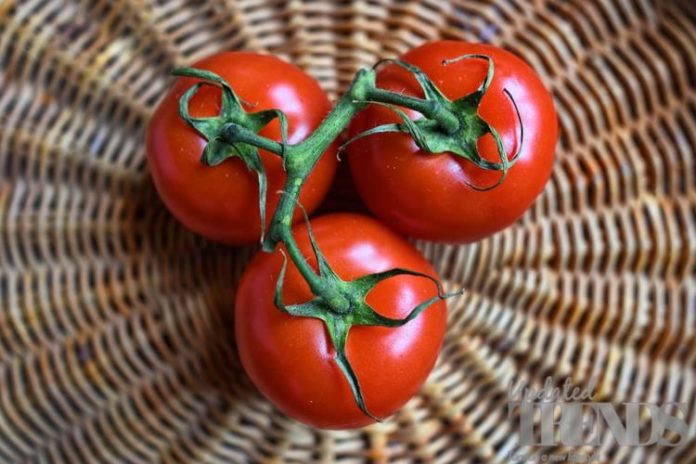 Tomatoes are surely good for health and is also said to have properties to fight cancer. A new study conducted by the researchers at the Ohio State University have explained  that if tomatoes are consumed with some of the common foods, it might nullify its ability to fight cancer.  Since long experts have been talking about the compounds found in tomatoes that protect the heart and also reduces the risk of cancer. But such compounds might disappear, if they are consumed with food that is high on iron content.

Lycopene is one of the most important compounds of tomato, which is a carotenoid and gives the color red to the fruit. It is the consumption of the compound lycopene that has many health benefits. It also helps to bring down the bad cholesterol levels, high blood pressure and off-course risk of cancer. This means that consuming tomatoes is indeed good for health, it is of no use, if they are consumed with some of the common foods that are high in iron. Under the experiment, the participants were made to consume a shake with tomato extract along with an iron supplement. It was found that the lycopene levels in the blood were significantly low.

Iron might be an important supplement for the body,  but can hinder the absorption of lycopene. It is not just tomatoes, but the compound can also be found in other plant-based food including papayas, carrots and watermelons. But that does not mean that all the fruits that are pink and red in color contain lycopene. The researchers have thus concluded that, if the consumes wish to benefit from the tomatoes, then they should be consumed with foods which are low on iron content.

Lycopene not just protects from cancer, but also includes sun protection and helps to improve the health of the heart.  They can also be consumed with the help of supplements.