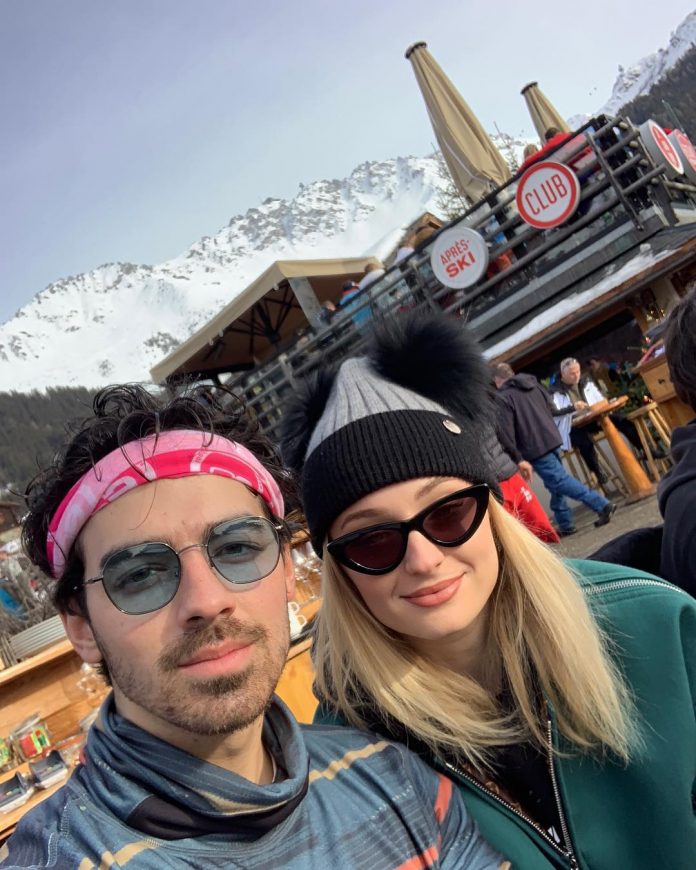 Sophie Turner and Joe Jonas were the talk of the town earlier this month as they got married in a private wedding ceremony held at a chapel at Las Vegas. The couple was married by a Elvis Presley impersonator in the presence of their families and close friends including brother Nick Jonas, Kevin Jonas and Priyanka Chopra.

The Game of Thrones star Sophie in a recent interview opened up a few details about the wedding and also revealed that she and Joe had ended their relationship just a day before their surprise wedding. The actress while talking to a leading daily said, “It was the worst day of our lives. For a second we both had cold feet, then 24 hours later we were both, like, ‘Never mind.’”

Joe and Sophie had attended the 2019 Billboard Music Awards along with Nick, Priyanka, Kevin and his wife Danielle. The actress also opened up about her mental health issues that had hinted that their break-up would have been the reason behind their temporary break up. Sophie said, “I was going through this phase of being very mentally unwell. He was, like, ‘I can’t be with you until you love yourself, I can’t see you love me more than you love yourself.’ That was something, him doing that. I think he kind of saved my life, in a way”.

Joe recently took his Twitter account to congratulate the actress after the final series finale on Saturday. The pop star said, “When you realize @GameOfThrones is over vibes…. Congratulations to everyone that worked on this incredible show! life changing television. I have you to thank for introducing me to the incredible @SophieT long live the QUEEN OF THE MF NORTH”. Sophie Turner and Joe got married in April and are reportedly ready to host another wedding ceremony in France later in 2019. The actress was seen playing the Sansa Stark on the popular show.