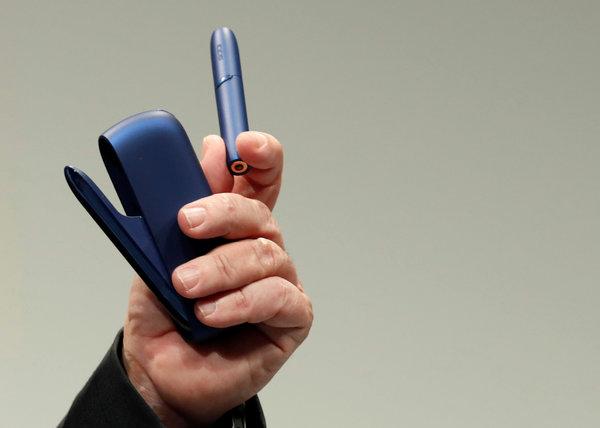 The US Food and Drug Administration has approved an electronic tobacco device which might soon hit the US markets. The announcement about the device was made by the agency on April 30, 2019. The agency has also made it clear that it has not deemed the device to be safe. The device is Philip Morris International’s IQOS tobacco Heating System and the agency added that its decision to permit sales is not a tantamount to the FDA approval.

The IQOS is already sold internationally and the company has said that about 6 million smokers have already switched to IQOS in four years since it was first launched and more than half of them were launched in Japan. The new devices have been made in order to help accelerate the world’s conversion to a smoke-free future. It is not an e-cigarette or a vape like the ones that have become popular in recent times among the middle and high school students.

It is actually a non-combustible device that heats without burning. The FDA said, “tobacco-filled sticks wrapped in paper to generate a nicotine-containing aerosol”. The agency said that the move was followed by a rigorous science-based review after which they decided the product may have public health merit in part as the device has fewer toxic chemicals than cigarette smoke. Many of the toxins identified are present at lower levels than in cigarette smoke.

Mitch Miller the director at FDA’s Centre for Tobacco device said that they ensure that new tobacco products undergo a robust premarket evaluation by the FDA and is a critical part of our mission to protect the public, particularly the youth and to reduce the tobacco related diseases and death. But the decision raised eyebrows among some of the public health advocates. Harold Wimmer, the president and CEO of the American Lung Association in a statement said that he is deeply concerned about the product’s potential health impacts.