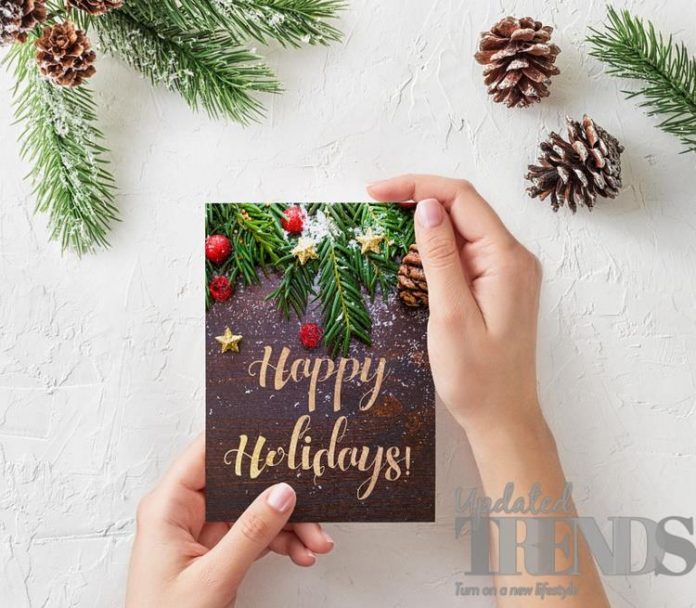 Have you ever thought that even your choice of Christmas season cards can prove to be bad for someone’s health. An article published in the latest issue of the British Medical Journal has issued a warning about selecting the Christmas cards. Christmas cards that feature alcohol reflect and reinforce a social attitude that excess alcohol consumption is associated and accepted with celebration.

The assistant director of public health, Tracey Polak at Devon County Council opined that Christmas and birthday cards can influence views on drinking and reinforce this as a social norm. The article had cited card that had the phrases “Lets get wrecked”, “all the gin” and “trollied” that were printed across the images of people who look visibly inebriated. Some of the greeting cards also had empty bottles and people directly drinking from the bottle or in some state of unconsciousness.

The industry estimates have shown that many of the Christmas season cards do not feature Santa Clause swinging a tankard of beer and many of the birthday cards do not show off-color jokes about drinking alcohol and there are about 6.5 billion greeting cards that are sold every year. Sir Henry Cole was the person who popularized the first Christmas Card in the UK in the year 1843. It depicted a scene showing people drinking. An analysis of greeting cards in 1980 suggested that drinking is a desirable and harmless part of celebrations.

The British Medical journal authors added that the responsibility for choosing the cards lies with the purchaser. So it is wise to be aware that next time you choose a card it can reflect your ideas. The Greeting Card Association based in Washington D.C. says that the most popular seasonal cards are the Christmas Cards with approximately 1.6 billion units purchased including boxed cards. The association has also informed that Facebook, +0.44% messages has had just a minor impact on the industry.