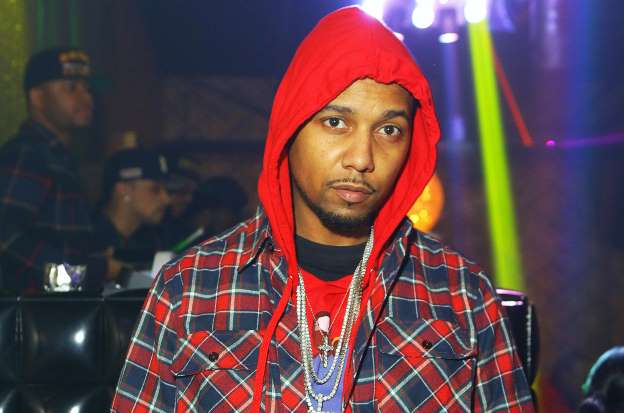 American rapper and actor Juelz Santana has been sentenced to imprisonment for two years while trying to sneak a gun in to a plane at the Newark Airport. The rapper has been sentenced on December 19, 2018 for about 27 months in prison after pleading guilty for possessing a firearm as a convicted felon and carrying a weapon on an aircraft.

The 36 year old rapper was arrested in March after a security found a loaded .38 handgun along with oxycodone pills in his carry-on luggage. Reports say that the actor had ran from the airport but turned himself after three days. The singer might not have to immediately report to the jail as he has struck a deal to perform a last show in Long Island.

The real name of Santana is LaRon James and was arrested at New Jersey’s Newark Liberty International Airport. On the personal life front, the rapper currently resides in Englewood, New Jersey with his long time girlfriend Kimbella Vanderhee. The couple has two children together, a son Juelz Santana James and a daughter Bella Monroe James.

The singer also has son from his previous relationship, LaRon Louis James Jr. born in 2003. Santana proposed Kimbella during the Diplomats show at the Apollo Theatre. This is not the first time the rapper has found himself in trouble. In January 2011 his recording studio Santana’s World in New Jersey was raised after a ten month investigation by the Bergen County Prosecutor’s Office and Gang Unit. They had found 9mm handguns, 3 ounces of Marijuana and boxes of ammunition. He was also arrested in February 2011 and charged for possession of a firearm and possessing a handgun without a permit. The rapper was also found guilty of distributing a controlled substance within 1,000 feet of a school. He was later released on a bail of $125,000.