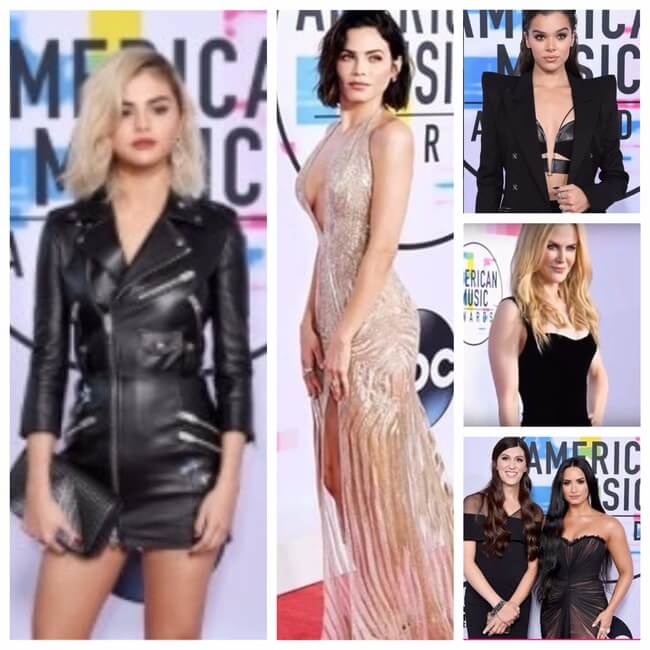 The 45th Annual American Music Awards was held on Sunday, November 19, 2017 saw some bold and stylish appearances as celebrities walked the red carpet. The week started off on a rather memorable note with many celebrities marking their attendance for the event starting from pop sensation Selena Gomez to Hailee Steinfeld and many others. While many experimented with their looks, only some were successful in theirs and made stunning appearances. Here are some of the music sensations who dazzled in their choice of clothes and accessories. 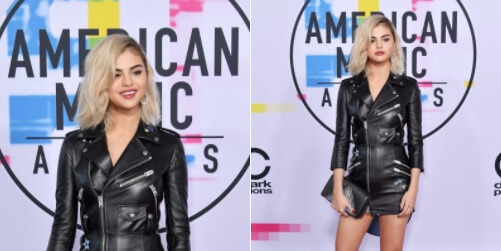 Gomez wore a black leather mini-dress inspired by Coach that looked like a jacket with her hair in a messy blonde – bleach look. She carried a classy black clutch to pair with her look along with silver earrings and black and silver pumps. 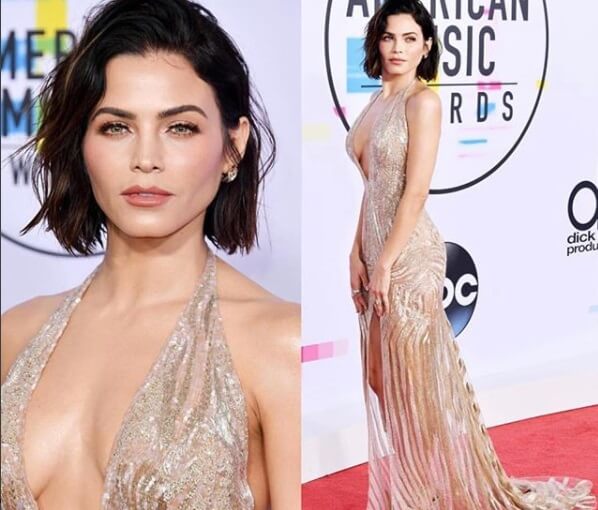 Sheer dresses have made their way through the fashion scene then why should they be not included in red carpet events? The American actress and dancer, Jenna Dewan sizzled in a golden sheer gown designed by Julien Macdonald. With patterns all over the gown and a hint of her cleavage, Tatum managed to look elegant and bold. Her short hairstyle, matching studs and heels along with minimal jewelry also made up for the slinky and sassy effect. 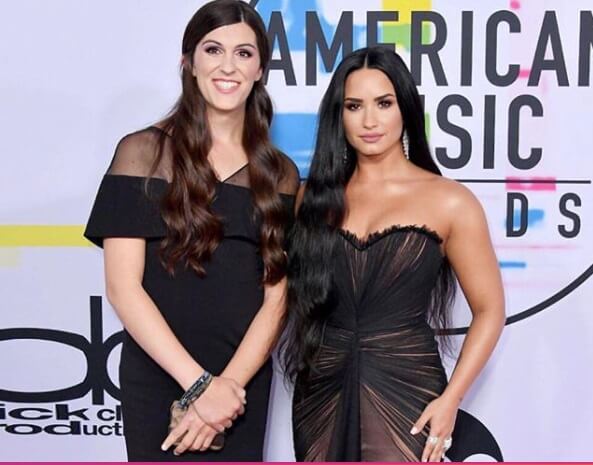 Sheer made its way through American songstress and actress, Demi Lovato’s red carpet costumes as well. She was seen in an off-shoulder Ester Abner black sheer dress and pulled off her look with elan. The dress accentuated her curves aptly and the clenched at her waist, making for a tail of extra black cloth that just hung loose, giving it a feel of drapes. 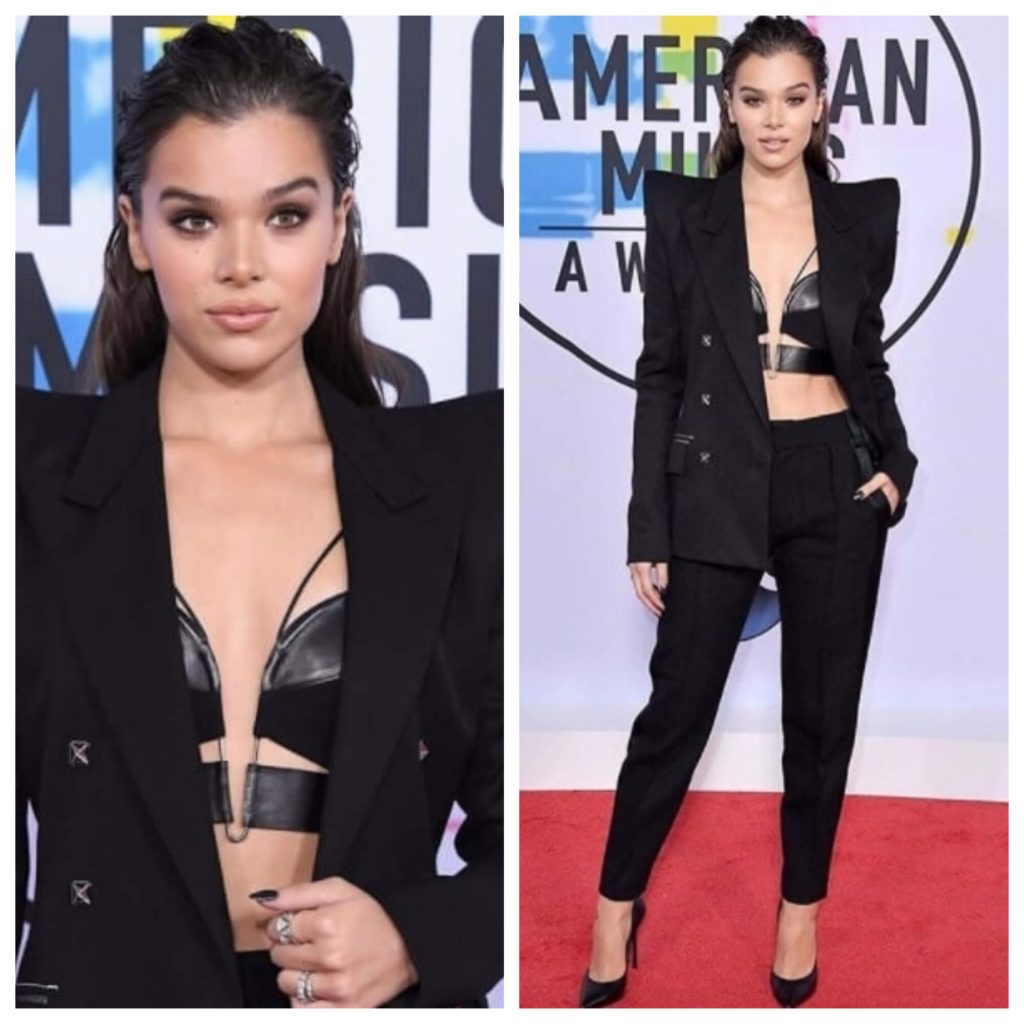 Actress and singer, Hailee Steinfeld who is popularly known for her role in The Edge of Seventeen and also received a Golden Globe nomination for the same stunned all in her badass avatar on the AMA red carpet, wearing a leather bustier bra with a black suit pointed at the shoulders and black heels. Her hair was left open but was messy at the centre and it complemented her attire gracefully. Nude lips and sharp eye-make up made her look more like a rebel, especially with that sharp look in her eyes and bold poses she struck for the shutterbugs. 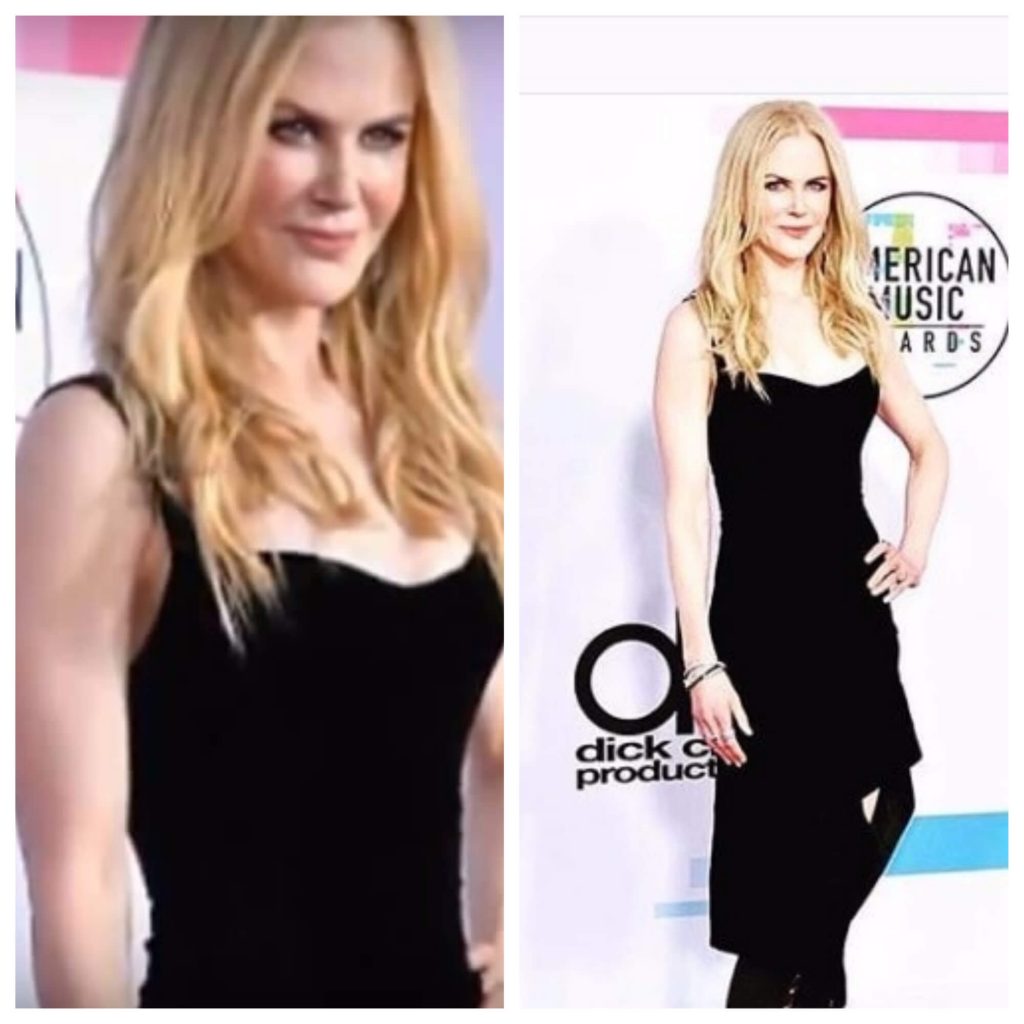 Nicole rocked the velvet look in an Olivier Theyskens black sleeveless velvet tank dress that ended in an asymmetrical hem and knee length black boots. She wore minimal jewelry and left her hair open for a chic avatar.