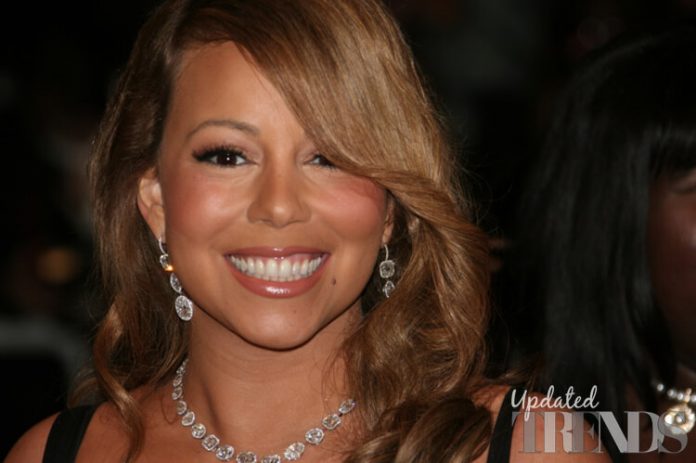 Mariah Carey cannot seem to have enough of her engagement ring. She was spotted hanging out with her boyfriend, Bryan Tanaka at an event honoring Chanel’s designer, Karl Lagerfeld where she had been wearing the 35-carat diamond ring that is estimated to be about a 10 million dollars.

Carey had been engaged to Australian Businessman, James Packer for 18 months when they dated before splitting in October last year.

The ‘All I Want for Christmas’ singer had teamed up her ring with her dazzling outfit when attending the event that also welcomed Gigi and Bella Hadid and Naomi Campbell among other celebrities.

Carey was seen wearing a sleeveless black gown with plunging neckline and a glittery belt at the waist along with silver bracelets on both her hands. She left her hair open and grabbed eyeballs at the party.

It was only last week when the billionaire businessman while speaking to The Australian admitted to the dating being a “mistake” for both him and the superstar singer.

“I was at a low point in my personal life. Documenting the negotiations with my sister was taking longer than expected,” he said, adding that Carey came along at that point and “she was kind, exciting and fun. Mariah is a woman of substance. But it was a mistake for her and a mistake for me.”

Carey also posed with Naomi and has also posted the amazing picture where both the ladies are in black shimmery gowns and are looking great.

The popular songstress is also friends with Nick Cannon, her ex-husband with whom she parents her twins, Monroe and Moroccan. 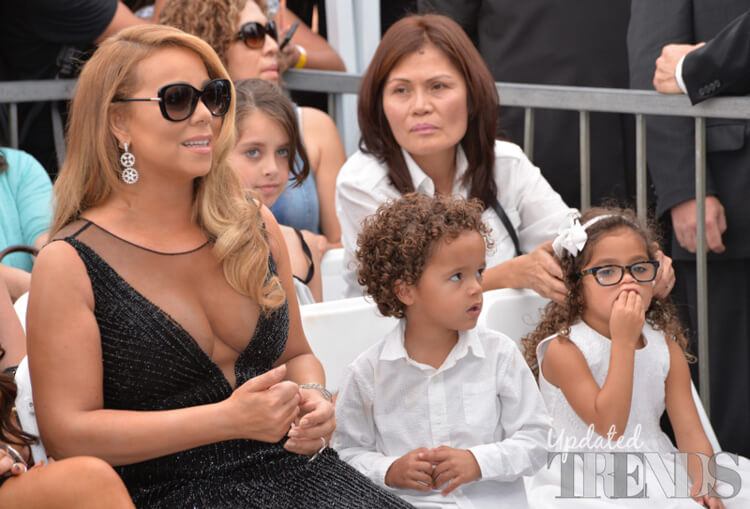 While speculations are abound that Carey’s act of sporting the ring while stepping out at a public party with her dancer boyfriend while still proudly wearing the dazzling engagement ring could be a dig at the statements of Packer last week, the diamond ring continues to be Carey’s best friend.