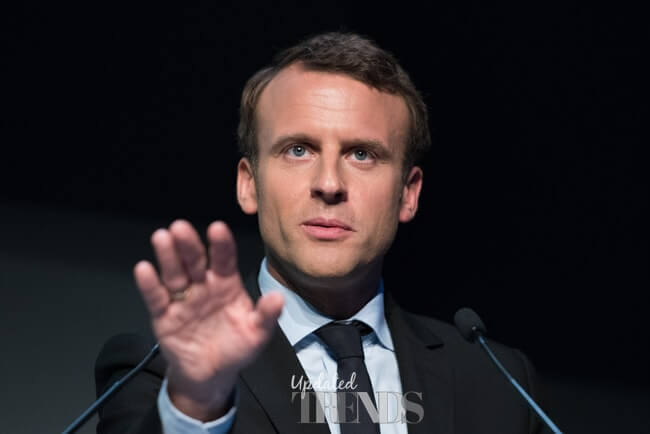 US Movie Mogul Harvey Weinstein is going through an all-time low in his career and his reputation post allegations of rape, sexual assaults and harassment by his female colleagues and women from the entertainment industry who came in contact with him in the past.

Now it is French president Emmanuel Macron who has reportedly announced that he will be stripping Weinstein off the Légion d’Honneur that was awarded to him in 2012 by the then president Nicolas Sarkozy, reportedly looking at his contribution to world cinema, in promoting French and European films along with American movies.

Among others who have been awarded the medal of honor are novelist Toni Morrison, musician and songwriter Bob Dylan and former first lady Eleanor Roosevelt.

The move by current president Macron comes hot on the heels of the decision of Academy of Motion Pictures Arts and Sciences (that presents the Academy Awards more popularly known as The Oscars) to vote for Weinstein’s expulsion from the prestigious and honorary board.

The Guardian reports that the Academy board confirmed: “We do so not simply to separate ourselves from someone who does not merit the respect of his colleagues but also to send a message that the era of willful ignorance and shameful complicity in sexually predatory behavior and workplace harassment in our industry is over”, adding that the board continues to work to establish ethical standards of conduct that all Academy members will be expected to exemplify.”

Many Hollywood actors have welcomed the Academy’s move to oust Weinstein from the board after more than 30 women have reportedly come out to speak against his sexual misconducts apart from four women charging him of rape that first began surfacing after New York Times and New Yorker’s detailed account of the celebrities who had been the victims and survivors of Weinstein’s “sexual predatory behavior”.

Actor Rose McGowan has been the latest to write about her rape by the mega-producer on social media in a string of tweets where she accused male actors and other famous people from the industry on knowing about Weinstein’s disgraceful attitude towards women and not speaking against it. Her Twitter account was suspended temporarily that caused an outrage among other tweeples.

The Los Angeles and London police are currently investigating the charges against the executive producer who has reportedly been fired from his own company.