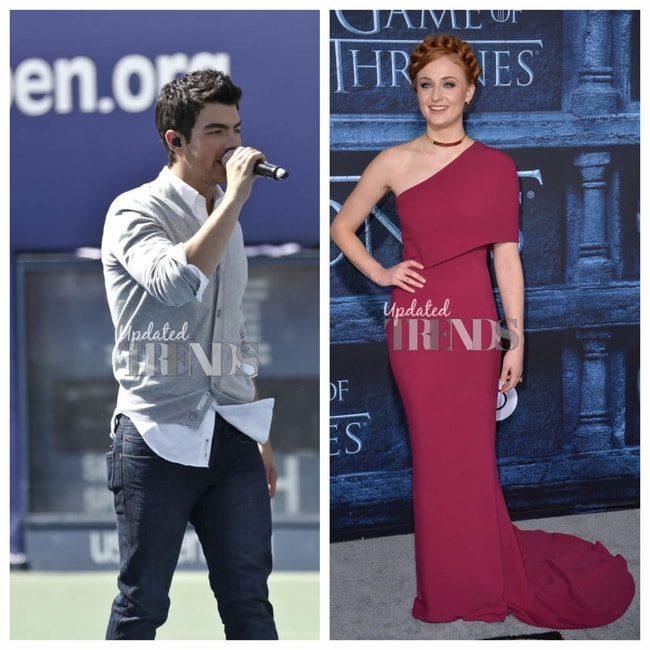 After the recent engagement announcement of Game of Thrones’ (a fantasy drama television series) actors, Kit Harrington and Rose Leslie, now Sophie Turner (who plays Sansa Stark) from the series has announced her engagement with US singer and her boyfriend for some time now, Joe Jonas.

Harrington and Leslie had announced the news of their engagement through a report in The Times, London. On the other hand, Sophie and Joe chose the trendier path of social media which would connect with the millennial and their fans better.

The couple Joe and Sophie revealed their engagement on their Instagram posts:

Sophie and Joe came out as a couple in public only this January but haven’t yet been photographed much by the paparazzi as they have never quite come together at any social gathering or event and have hence evaded the media glare as a couple. However, the scene is bound to change soon as the two engaged love birds will now get a lot of media attention.

The former Jonas Brother singer had attended the last premiere of Game of Thrones reportedly with girlfriend Sophie however did not appear together at the red carpet.

While speculations are abound that there could be a possible double wedding for the Game of Thrones actors, Kit Harrington with Rose Leslie and Sophie Turner with Joe Jonas, dates for the wedding of Sophie and Joe have not been announced yet. In fact, US Weekly magazine have reported that the two are not hurrying to walk down the aisle: “They are madly in love. She’s young but mature and comes from a small English town, so it’s not that out of the ordinary and age doesn’t create an issue,” further adding, “They are really good together and his friends and family love her and vice versa, but they aren’t rushing to get married.”

The first Instagram picture of the two was reportedly when Joe posted a picture where he and Sophie spent time with friends at a wedding. However, the duo has not posted any picture as a couple on social media as such. The engagement announcement, however, seemed like a probable next step after the two adopted an adorable pooch and named him Porky Basquiat. Both the celebrities posted a picture of the furry Siberian husky on their Instagram accounts.

Among others, Joe Jonas’ ex Demi Lovato has congratulated the engaged couple commenting on the couple’s engagement announcement: HUGE CONGRATS. Sooooo happy for the both of you!”

Joe’s brother, singer and songwriter Nick Jonas too took the opportunity to express his joy at the announcement on Twitter:

Ahh! Congratulations to my brother… and sister in law to be on your engagement. I love you both so much. @joejonas @SophieT pic.twitter.com/H3ZS3v38xW

Further, Joe’s another ex and famous pop star, Selena Gomez too extended her best wishes for the couple:

Priyanka Chopra, Lilly Collins, Nick Jonas, Demi Lovato, Sarah Hyland and Maisie Williams were some others to congratulate the couple.