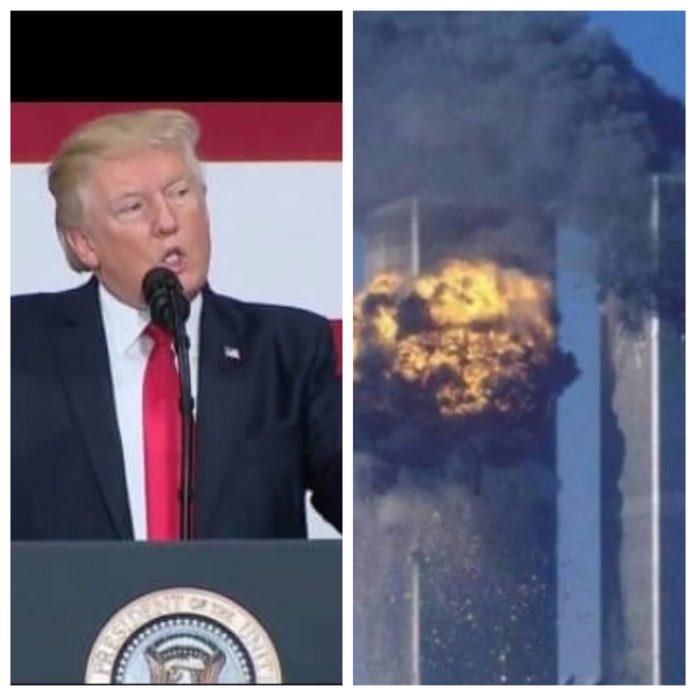 Both Trump and his wife, the First Lady, Melania Trump observed moments of silence at the White House as they bowed their heads and remembered those who died on that fateful day. The observances first happened at 8:46 a.m. when the first terrorist-piloted plane had struck one of the towers, the Chicago Tribune reports. Later in the day, the remembrance took place at the Pentagon too, even as hurricanes are causing too much chaos, deaths and catastrophic damages in the country.

The solemn anniversary was led by Trump and his wife but thousands of people gathered in their personal remembrances of the colossal destruction of life and property that happened 16 years ago this day. People read out names of the deceased who were their long lost relatives, friends, family and loved ones, held out their photographs, grieving them amid tolling bells at the World Trade Center. Much has happened in America since that day but reports claim that people still have the memories of the annihilation, panic, loss and suffering fresh in their minds of the day that made the menace of global terrorism way more prominent and its far-reaching effects conspicuous.

While the September 11 catastrophe was man-created and the Hurricane attacks first in Harvey and now in Irma and the Bahamas were natural disasters, both witnessed a cohesive unity among the Americans in the face of danger and loss.

The relatives of the victims further participated in an observance at 9:11 a.m. on September 11, 2017 at the Pentagon, a ceremony led by the chairman of the Joint Chiefs of Staff, General Joseph Dunford and Defense Secretary, Jim Mattis. Meanwhile, rebuilding operations are abuzz with recent declaration of walkways dedicated to the rescue officials during the 9/11 attack.