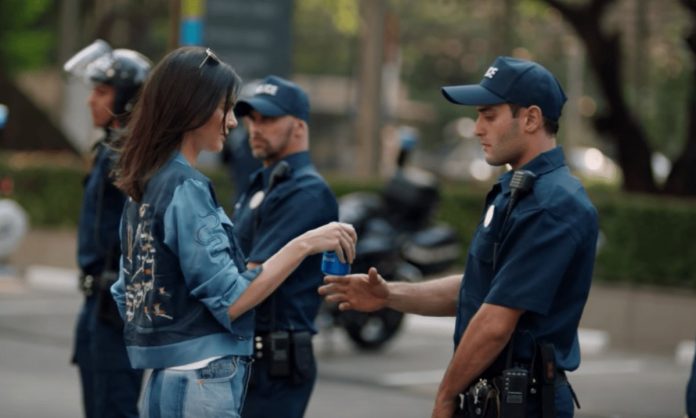 E! dropped the latest trailer for the upcoming season of Keeping Up With The Kardashians. In the now-deleted video posted on YouTube by the network, the Kardashians celebrate 10 years of their reality show. But there is one moment where Kendall Jenner addresses one of her many controversies this year – that abominable Pepsi ad.

Back in April, Kendall featured in an ad for beverage company, Pepsi Co. In the ad, she is seen getting her makeup done, when she looks out of the window and sees a protest arising. In the crowd are people of different communities and ethnicities against the police. Here comes Jenner, who offers the policeman a can of Pepsi, and all is well.

The ad itself created a lot of negative reviews, so much so that Pepsi pulled it down shortly after it was aired. They released a statement at the time that read: “Clearly we missed the mark and we apologize. We did not intend to make light of any serious issue. We also apologize for putting Kendall Jenner in this position.”

Big sis Kim Kardashian also defended Kendall, saying that she made a mistake. She added, “I think any time someone does anything, they don’t have bad intentions of doing it a certain way, especially Kendall is so sensitive. She would never mean for anyone to perceive anything in a negative way.” However, Kendall Jenner has been keeping a low profile ever since, and reported to not be making an appearance at the Victoria’s Secret Fashion Show 2017.

So, what’ Kendall Jenner’s side to the story? Will she be featuring in any new ads from Pepsi? Keeping Up With The Kardashians will premiere on September 24 on E!

Re-live the controversial Pepsi ad with Kendall Jenner. Are you offended by it?