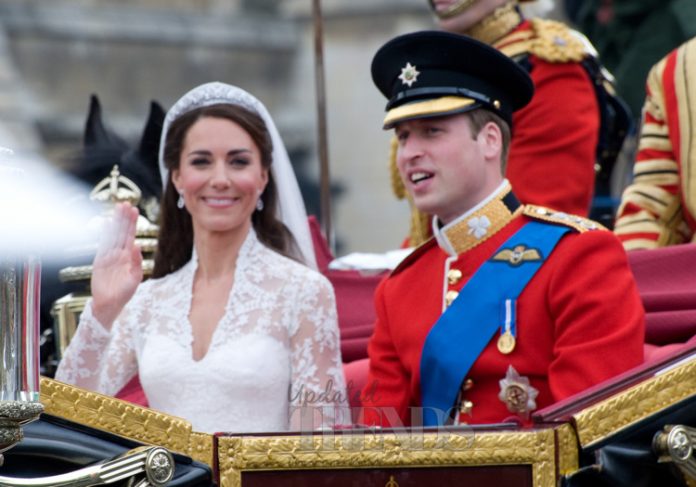 In what can be considered the happiest news for the Royals in 2017, Kensington Palace confirmed a short while ago that Kate Middleton is, in fact, expecting her third child. The announcement was made after the Duchess of Cambridge cancelled a scheduled appearance, and reports say that she was experiencing hyperemesis gravidarum.

“The Queen and members of both families are delighted with the news.”

“As with her previous two pregnancies, the Duchess is suffering from hyperemesis gravidarum. Her royal highness will no longer carry out her planned engagement at the Hornsey Road Children’s Centre in London today. The Duchess is being cared for at Kensington Palace.”

Prince William and Kate Middleton are already parents to 4-year-old George, who was supposed to start kindergarten at Thomas’s Buttersea in London. His younger sister, Charlotte is just 2 years old. With the announcement of a third child for the eldest of Prince Charles’ sons, Prince Harry’s claim to the Royal throne drops to sixth position. Earlier, Charlotte would come to 5th place if her new sibling turned out to be a boy, but those rules have changed, and she continues to remain in 4th position behind George no matter the gender of her younger sibling.

Kate Middleton has had difficult pregnancies in the past as well. She suffers from hyperemesis gravidarum, a condition where during pregnancy, the mother will have extreme morning sickness that results in dehydration. She is likely to give birth to her third child at St. Mary’s Hospital where she delivered both her elder children.

The bets are on as to what the Royals will name their third child. Considering they chose traditional names for George and Charlotte, bookies are counting on James or Phillip if it’s a boy, and Alice or Alexandra for a girl.

Meanwhile Prince William has stepped down from his part-time job as an air ambulance pilot and taken on duties of the Duke of Edinburgh full time after his grandfather officially retired from his position.