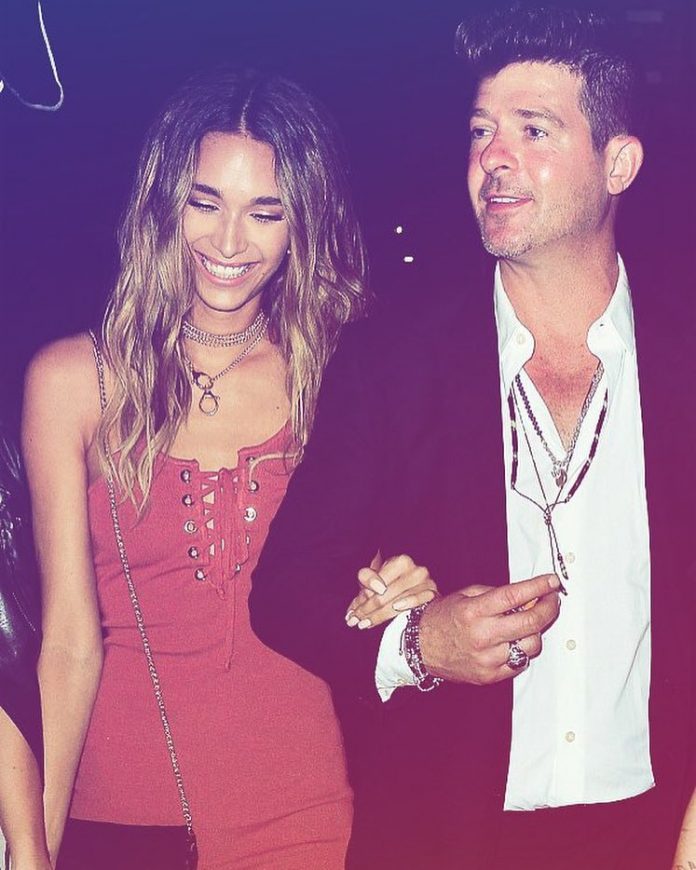 Singer Robin Thicke and his long-term girlfriend, April Love Geary are expecting their first child as a couple. The 22-year-old model posted a sonogram of her baby on Instagram, making the happy announcement to her fans. According to reports, she is currently three months underway, and is expecting a baby girl. But there’s more happy news: the due date is reported to be on March 1, 2018 – that would have been Alan Thicke’s 71st birthday.

April Love captioned her sonogram post with: “Robin and I are very excited to share with you all that we’re having a baby! The due date is March 1st, Alan’s birthday!”

Meanwhile Robin Thicke and April Love Geary first made their public appearance together in 2015 at a Cannes and have stayed committed since then. When the late Alan Thicke was asked at the time about his son’s new love interest, he had said, “She’s lovely. [Robin Thicke] has an album coming out and April is there and supportive… We like her a lot.”

Robin Thicke was previously married to actress Paula Patton, his childhood sweetheart. The couple divorced after his controversial appearance at the MTV VMAs with Miley Cyrus and repeated reports of infidelity. They share a son, Julian, and co-parent together.