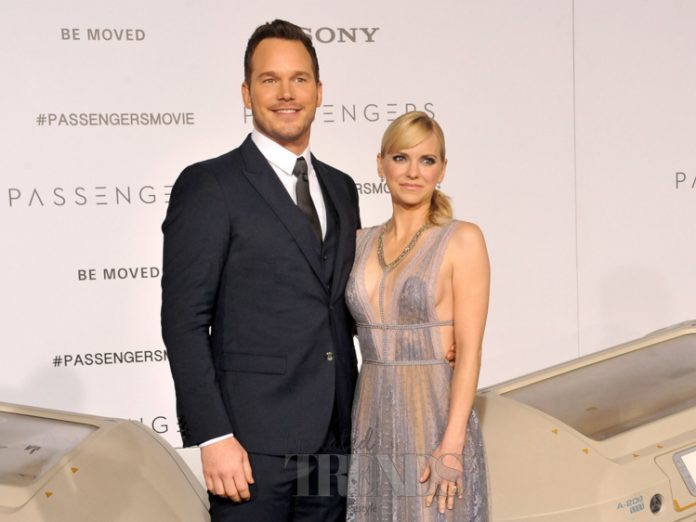 After Anna Faris and Chris Pratt made a joint announcement of their separation, we feel like we’ve broken up, too. And one of the first things we wanted to know is if our BFFs were doing OK. Anna made her return to her podcast, Anna Faris Is Unqualified where she was interviewing My Favorite Murders hosts Karen Kilgariff and Georgia Hardstark. Also, Chris made his own separate appearance at the Teen Choice Awards 2017, where he accepted his surfboard for Guardians Of The Galaxy Vol. 2. Yes, he was minus his wedding ring.

In her podcast, Anna Faris was grateful to the fans. Around the world, people have been very supportive of both, Anna and Chris, wishing them only the best for their future. The comedienne said, “Hey dear listeners! I just want to thank you all so much for all the love I’ve been receiving, and I truly love you.”

Earlier, she had talked about her straining marriage with Pratt, whose career took off in Hollywood with Jurassic World and Guardians Of The Galaxy. “My long-distance relationship with Chris, I wouldn’t describe it as that, but we do spend a lot of time apart. But the advantage of that is it makes you so appreciate the time you have together, and you really, really value that… And you don’t want to waste it fighting, and you know, like, all the minutiae. It’s a high price to pay, you know, but it is a benefit. A silver lining.”

Meanwhile, Chris Pratt was seen for the first time since the separation announcement at Sunday’s Teen Choice Awards 2017. While accepting his award for Choice Sci-Fi movie actor, where he left Anna out of his speech, but thanked James Gunn and Jesus, saying, “I would not be here with the ease and grace I have in my heart without my Lord and Savior, Jesus Christ.”

Remember, there’s also good news to this relationship. The couple are only separated, not officially divorced, and according to close friend and Millionaire Matchmaker host Patti Stanger, they’re still living in the same house! She said, “If the person doesn’t leave the house, there’s a lot of hope there. That means they still love each other. Because they’re not poor… they could go get a condo, Airbnb it. It’s just that they don’t want to leave each other. There’s a lot of best-friend factor there. They’re very close as BFFs.”