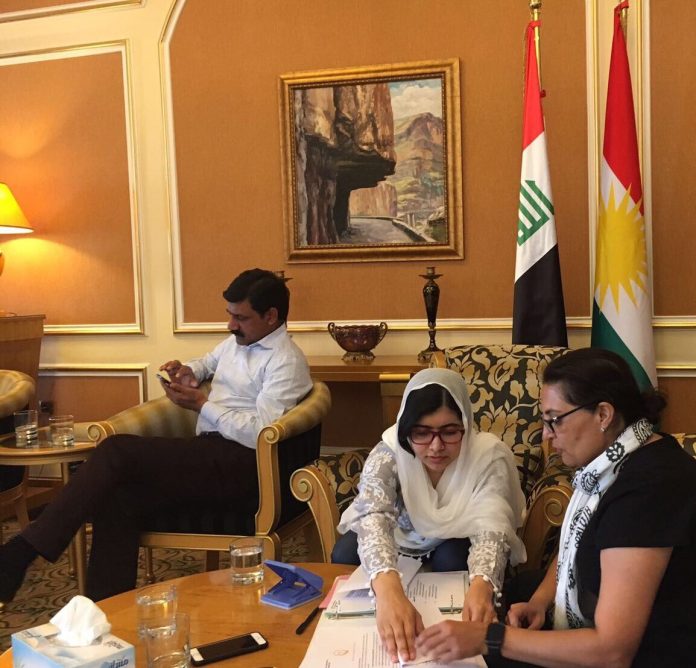 The youngest Nobel Peace Prize laureate, Malala Yousafzai has a new feather to add to her cap – her acceptance in Oxford University for studying philosophy, politics and economics (PPE) at Lady Margaret Hall. She could have got the acceptance offer only if she would achieve three A grades in her A-level examinations that determine Oxford entrance for students studying in United Kingdom.

Yousafzai’s latest tweet expresses her happiness and excitement on having achieved this milestone in her life after fighting for girl education in her homeland, Pakistan for years, a struggle that had her shot by Taliban in 2012.

So excited to go to Oxford!! Well done to all A-level students – the hardest year. Best wishes for life ahead! pic.twitter.com/miIwK6fNSf

She also wished others who cracked the exam good luck for their future and congratulated them on their success.

A diary note and innocuous blogging about life under terrorist rule in Pakistan and her refusal of Taliban’s subsequent ban on female education in the country left her shot in the head but earned her international recognition, support, a deluge of empathy and acknowledgment of her continuous efforts for advocating the importance of girl education in Pakistan as also a chance to be treated and operated in Britain, after which she relocated with her family to Birmingham, England, not to mention her prestigious moment of winning the Nobel Peace Prize in 2014 at the age of 17.

Yousafzai has recently become the youngest messenger of peace and human rights advocate for the United Nation (UN) and has been quite active with her non-profit organization, Malala Fund that secures girls’ basic rights to education with a movement that advocates donating for the noble cause. She has created a wave for the future of girls worldwide with media outlets noticing how she has come to be “the most famous teenager in the world.” Co-author of the book, I am Malala, Yousafzai has given wings to the dreams of several girls across the globe with her international bestseller.

She has also been featured as Time’s “most influential people” in consecutive years of 2013, 2014 and 2015 and this year along with the UN human rights advocacy she has earned herself a Canadian citizenship whose address at the House of Commons of Canada in front of Canadian president Justin Trudeau, his family, her own parents and several dignitaries from the world over became quite the rage with the video being widely viewed on social media networks.

Meanwhile, Yousafzai’s father, Ziauddin Yousafzai has marked his pride and happiness at the 20-year-old Yousafzai’s acceptance at Oxford on Twitter:

My heart is full of gratitude. We are grateful to Allah & thank u 2 al those who support @Malala 4 the grand cause of education @MalalaFund https://t.co/Cgro6vpPXV

While achieving the A grades in the examination has become more challenging for the students who appear for them, about a quarter of such students have reportedly secured an A grade this year. Malala, being one of them had once fought for her rights to education under the strictest and most rigid terrorist group, Taliban but now her future seems bright and secure after a long list of achievements to her credit in just 20 years of her life. Put in her own words during the acceptance speech at UN headquarters, “If you want to see your future bright, you have to start working now and not wait for anyone else.”