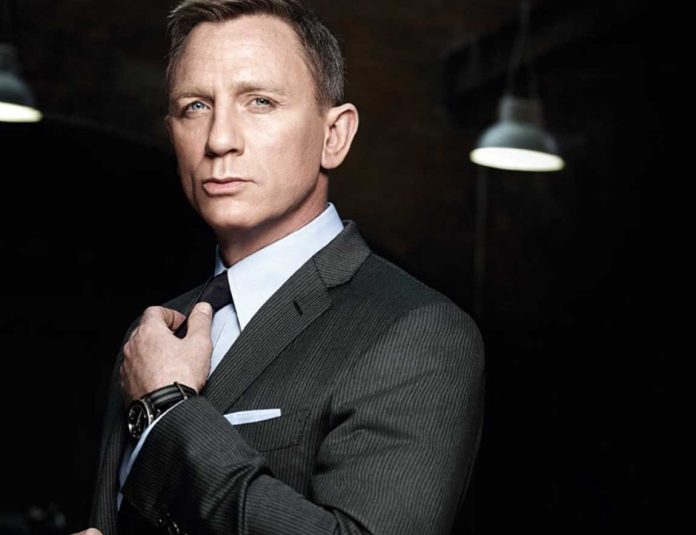 Get ready to continue seeing British actor Daniel Craig as James Bond on the big screen. The actor confirmed that he will reprise his role as the suave spy during an interview on The Late Show. When host Stephen Colbert asked him if he will be playing Bond in any upcoming films, Craig said “Yes” and then stood up to shake hands. That’s when Colbert told him, “I think you’re the greatest Bond.”

Daniel Craig is currently promoting his other film, Logan Lucky. He told Stephen Colbert he has been quite grouchy all day with back-to-back interviews. But he iterated that he wanted to give the good news to fans only on his show. “I’ve been quite cagey about it. I’ve been doing interviews all day and people have been asking, and I think I’ve been rather coy. But I kind of felt like if I was going to sort of speak the truth, I would speak the truth to you. I have to apologize to all the people I did interviews with today, because I wanted to tell you.”

When Colbert brought that up again, Daniel Craig was quick to apologize, explaining, “I don’t want to make excuses about it, but it was two days after I finished shooting the last movie. I went straight to an interview and someone asked, ‘Would you do another one?’ I went, ‘No!’, instead of saying something with style and grace. I gave a stupid answer.”

Craig’s fifth James Bond film, which is the 25th in the highly successful series, is slated to be released in November 2019. Previous actors who have taken on the role included Pierce Brosnan and Sean Connery. Idris Elba was being touted by fans to take on the role of the British spy, but it is now confirmed that it won’t be happening anytime soon.