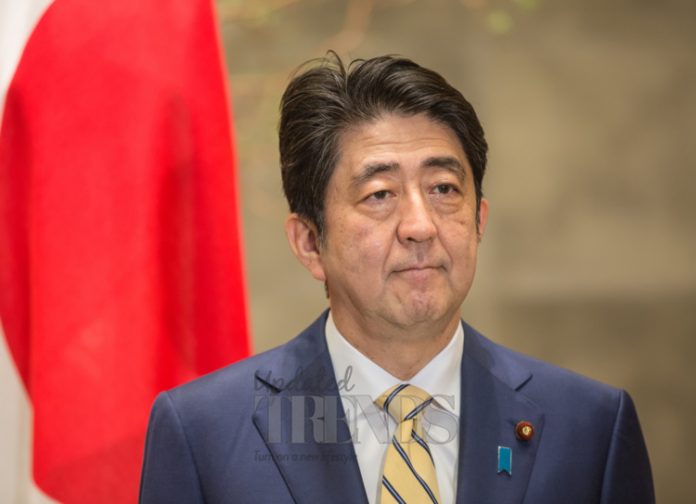 It’s been seventy-two years since the first nuclear bombs were dropped by the United States on Japan’s Hiroshima and Nagasaki, bringing World War II to a smoky end. Though the world may seem more civilised than ever (this is the longest recorded time in history of “peace”). At a ceremony commemorating that fateful day in Japanese history, Japan’s Prime Minister Shinzo Abe has called for “a world free of nuclear weapons”.

Hiroshima’s mayor, Kazumi Matsui said during the ceremony that took place this past Sunday, “This hell is not a thing of the past. As long as nuclear weapons exist and policymakers threaten their use, their horror could leap into our present at any moment. You could find yourself suffering their cruelty.”

The historic double bombs by a retaliating United States to the Pearl Harbor attacks by the Axis force, Japan, killed over 140,000 people (mostly civilians) in one of the deadliest mass attacks in the history of the world caused by man. Sunday’s ceremony saw the attendance of over 50,000 people, including representatives from other nations, as well as the European Union.

Japan may have moved on and prospered since Hiroshima, but their present threat is ever looming from their neighbor, the very volatile North Korea. Led by despot Kim Jong-un, the country has already been openly flexing their nuclear muscle, in a series of intercontinental nuclear tests. Last month alone, their dictator conducting the firing of two test missiles that are believed to be able to reach a number of cities in the United States. The missiles were flown only around 1,000km before being directed into the ocean near Japan’s coast.

PM Shinzo Abe said of the brazen acts by North Korea, “This clearly shows the threat to our nation’s safety is severe and real.

Melissa Hanham, an expert in North Korea’s missile program said in an interview with The Guardian, “The test showed that Alaska was in range. My preliminary guess is that they are now testing this missile to see whether it can go further. We need to get all the data points to be able to calculate the range curve, but it is possible that they are trying to demonstrate that indeed New York is not that far away.”

Meghan Markle and Prince Harry walk out from social media

5 Myths that are related to clarified butter

Meghan Markle can now choose to ignore some of the rules...

7 Unhealthy habits that can lead to thinning of hair

5 Myths that are related to clarified butter

What is trypophobia and how to deal with it

Cases of COVID-19 dropping in the US, but not because of...