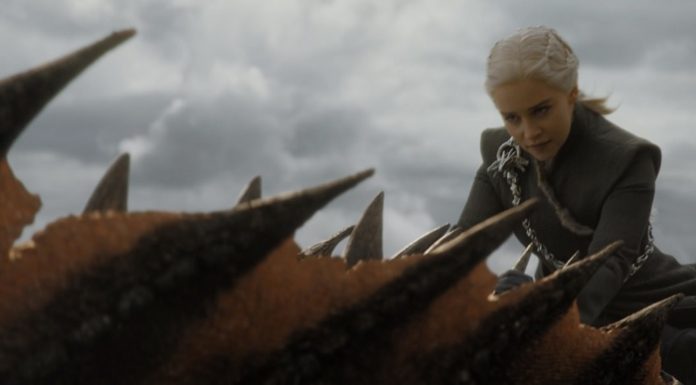 Only if you’re living under a rock, or if you’re next level hipster, will you be missing out on all the action happening at Westeros. HBO’s Game of Thrones Season 7 is seriously heating up, and how! It’s almost as if the creators, David Benioff and D B Weiss want to get things over with, and are bombarding viewers with one breathtaking scene after the other.

Here is some sad news for Game of Thrones fans – we are already halfway through Season 7. The past episode was the shortest in the history of GoT, but had all the action that we’ve wanted to see in a while. Here’s what went down on The Spoils of War –

Ok, first off – Arya Stark is home! Finally, finally! Her arrival is somewhat understated, since the guards themselves don’t recognize her. But there the sisters are – Sansa, now Lady of Winterfell and Arya meeting together in the crypt in front of the tomb of their father.

Bran Stark is no more, as Meera Reed points out. The Three-Eyed Raven has taken over the cripple’s body. Bran is not emotional, doesn’t remember pain or happiness or agony, and sits stone faced upon his makeshift wheelchair making observations about everyone he meets.

Littlefinger is buying his time. He thinks he’s winning over the mind of Sansa Stark, but his trying to bribe Bran with the Valyrian steel dagger that was once used to try and slit the boy’s throat, isn’t really working. He has a lot to worry about, now that Arya is back and able to use her sword skills to defeat even Brienne of Tarth.

Meanwhile in King’s Landing, Cersei believes she has won another round – by defeating Highgarden, their coffers are now the Lannisters’, and she can happily pay back the Iron Bank. She may even need them in the near future to get her army rallied for the upcoming mighty war against Daenerys Targaryen.

But wait! Daenerys Targaryen is heading with her dragon, Drogon towards Jaime Lannister and is soldiers, who are traversing to deliver the riches of Highgarden to the Iron Bank. They are attacked by a swarm of the Dothraki, along with the dragon and his rider. Drogon, thanks to Bronn, is injured, but Jaime finds himself drowning with his heavy armour as the credits begin to roll. Will he survive? Will he be captured by Daenerys and taken to Dragonstone?

And of course, a lonesome Missandei is awaiting her Unsullied hero, Grey Worm, but instead is greeted by a single Greyjoy ship carrying Theon Greyjoy. Jon Snow is about to kill him for what he did with Winterfell, but spares him because of Sansa.

And while we are on the topic of Jon Snow, Ser Davos observes the sexual tension that is beginning to grow between Dany and Jon. Seriously, never trust Jon Snow and women in caves! Jon shows Daenerys the drawings of the Children of the Forest deep in the heart of the Dragonstone mountains where the dragonglass lies. There’s a hint: The Children of the Forest were first able to defeat the White Walkers because they made an alliance with the First Men. However, Dany will not budge, and demands Snow bend the knee. And so we have reached an impasse.

And now it is excruciating to have to wait for another week to see what is going to happen. HBO has released the title of the next episode. It’s called Eastwatch. Do you remember the name? It’s Eastwatch-by-the-Sea at the end of the Wall where the Brothers of the Night’s Watch stay. Are we going to see the White Walkers? Has Winter truly come?

Image Credit: Watchers on the Wall