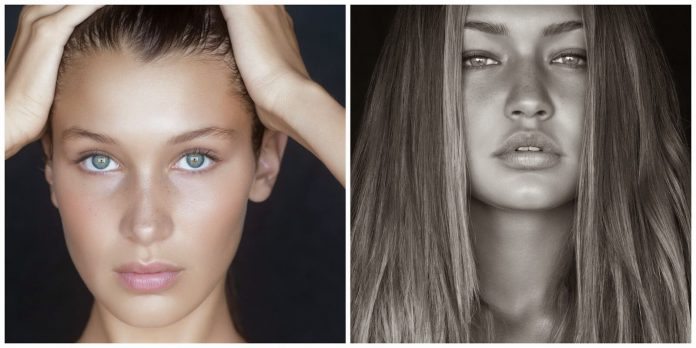 Sure, a lot of important stuff happened this past year, including major political news, civil war, human rights violations, death and destruction, but it ended with the highly anticipated Victoria’s Secret Fashion Show 2016. And yes, thanks to our social media stars, the year was filled with commercialism, fit bodies and cheeky photo captions. So we thought we’d just feed into the frenzy and serve you the most followed models on Instagram for 2016. You’re welcome, and you’re welcome again.

Forever and always the show of my dreams. @victoriassecret If I could send, through the phone, the energy and emotion that filled the breathtaking Grand Palais as the music started, it would send chills down your spine. I will never be able to put into words how much being in this show means to me and how inspired I am by the people I get to work with. Thank you @ed_razek for believing in me and having me again and for putting so much heart into everything you do. @10magazine @johndavidpfeiffer @monica.mitro and everyone behind the scenes who has put so much time into #VSFS2016, you are so amazing and so appreciated. Can't wait to share this magical show with the world on December 5th! ?✨

She’s been all over the news lately – from being part of the Swift Squad, to grabbing smoothies with bestie Kendall Jenner, to dating former One Direction band member, Zayn Malik – Gigi is killing it in young adult life. Her breathtaking abs and world ramps she modelled for, including creating an entire line for Tommy Hilfiger, she is slowly becoming a social media star.

The only way to be you is to #DoYou!! So honored and pleased to launch the new #PUMAWomen campaign with @puma #BALOONATIC

She is such a fun chick, even if she wasn’t a supermodel, people would follow her just for her personality. Her modelling endorsements include Mango along with veteran model Kate Moss, and her social causes announcements are astounding. This year, she was vocal about her personal battle with depression, bisexuality and her now-broken relationship with musician, St. Vincent. And let’s not forget her outstanding performance as Enchantress in Suicide Squad.

Daughter of Hollywood actor Stephen Baldwin, Hailey was in the news as pop star Justin Bieber’s short-lived girlfriend. She is also known as another Swift Squad member. Though she hasn’t made it as a professional runway model, she already has a swiftly rising social media following.

Ok, let’s be real for a second here. Even though her elder sister Gigi Hadid is gorgeous, Bella is unbelievably, ethereally beautiful. She is slowly rising as a supermodel and is in the spotlight all on her own. This year, she donned her Angel wings for the first time and has also started walking the ramp for major designers.

She first came into the spotlight as one of the naked models in Robin Thicke’s video for Blurred Lines. Towards the end of this year, she resurfaced in the news for all the wrong reasons – her naked photos by photographer Jonathan Leder were published without her consent in his book. But the world saw what it saw, and loved it! Omg, that body, that body.

Well, she isn’t exactly a “model”. The right word would be fashionista. After starting her own fashion house, indulging in major philanthropy and winning awards for her designing, she is on a roll. Oh and she is also the wife of footballer David Beckham and mother to three boys and a girl, her eldest son being the handsome Brooklyn Beckham and younger one being Bieber hopeful, Romeo.

#AMAs! love you so so so much @jenatkinhair @1maryphillips @monicarosestyle @kimmiekyees (apologies to anyone harmed mentally or physically by my hooha) dress is #yousefakbar and shoes are @dsquared2 and laser hair removal is @sevlaseraesthetics

Her first major breakthrough as a model came when she posed for Sports Illustrated. Then she married the legendary crooner, John Legend and became a mother to baby girl, Luna. She is also well-known as a Kardashian supporter and is an advocate for free-the-nipple campaigns and public breastfeeding.

Remember long ago when Gisele was an up-and-coming Brazilian bomb who dated Leonardo DiCaprio? After their split, she was then known as one of the top supermodels of the world, and also a VS Angel. Though she left the brand, she started her own intimates wear brand (and models for it, and no one is complaining). She is also married to Tom Brady and is the face of healthful living.

Was this even real? I can't believe I just walked my 3rd VS fashion show in PARIS last night!! THANK YOU SO MUCH FOR ALL OF YOUR SUPPORT I LOVE YOU!!! And also a HUGE thank you to the amazing @victoriassecret team and @ed_razek @monica.mitro @10magazine @imgmodels @michaelstephenshank @johndavidpfeiffer for believing in me you are all so special to me ❤️ BEST NIGHT EVER (I'm about to blow up instagram so get ready)

Hill has become a known face in the modelling world because of the number of runways she’s walked. But this year, she beat the odds to become a Victoria’s Secret Angel and was in Paris for their 2016 show. 2017 is going to be a goody bag for the young model, for sure.

Guys! Goodluck in paris beautiful ladies! So sad to be missing this show! No doubt it will be magical?So hard for me to disappoint the people that always root for me, I wish I was there making you all proud. ☺️ Girls, enjoy the moments together, cant wait to see the show and Can't wait for vsfs2017! ?

She is one of the veteran Victoria’s Secret models, though she wasn’t present at this year’s show. Sometimes it’s unfair to the rest of us mere mortals, but her super good looks and everything else is utterly flawless. She has also done covers for some of the biggest fashion magazines in the world.