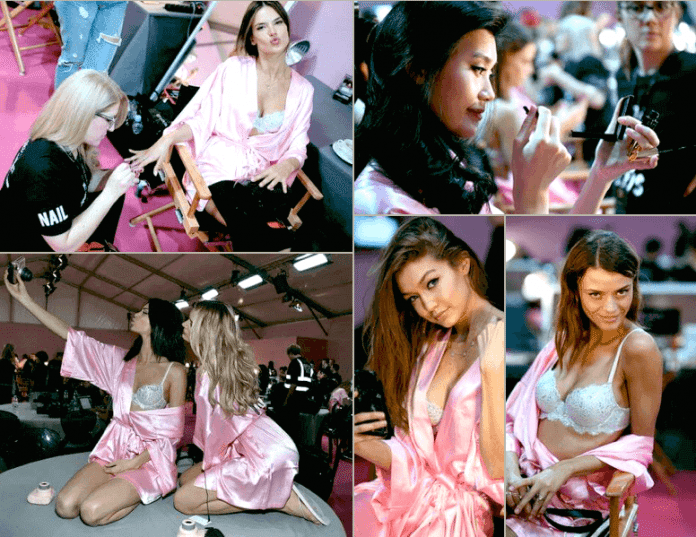 The VS Fashion Show is one of the most awaited events of the year and we are still not over the sheer lace, beauty and raunchiness involved! The ligerie fashion show was held yesterday in Paris, France and has been the talk of the town since. 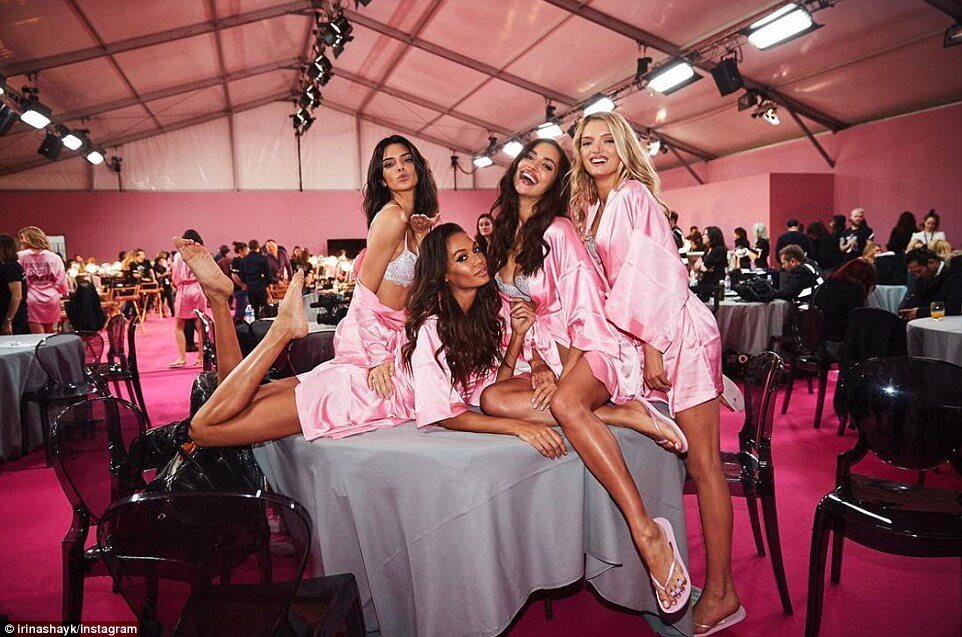 VS Angel Jasmine Tookes poses with the coveted $3 Million jeweled Victoria’s Secret Fantasy bra, she wore for the final round of the show.

We got model and reality star Kendall Jenner right here, posing for a selfie with VS Angel Lily Donaldson, right before the show. Walking down the ramp as a Victoria’s Secret Angel was a first Kendall Jenner.

And here’s Lady Gaga, preparing for her performances at the Victoria’s Secret Fashion Show. she happily posed for the cameras flaunting her towering black heels!

VS angel Lily Donaldson puts on some finishing touches before the Victoria’s Secret Fashion Show 2016.

Veteran Angel Irina Shayk too walked down the ramp this year, flaunting her baby bump. She is expecting her first baby with boyfriend Bradley Cooper. Wondering how they met?

Here’s veteran VS Angel Alexandra Ambrosio, getting her nails done right before the show.

VS Angel Lais Oliveira gives a saucy glance as she gets prepped for the show.

We’ve got supermodel Gigi Hadid right here – all ready to hit the runway, as she poses minutes before the 2016 Victoria’s Secret Fashion Show.

And here’s Bella Hadid, posing for the cameras just before her first Victoria’s Secret Fashion Show.

It was a first for the Hadid sisters to walk down the ramp as Victoria’s Secret Angels.

Chinese model and veteran VS Angel, Lui Wen gives finishing touches to her make-up before hitting the fashion runway.