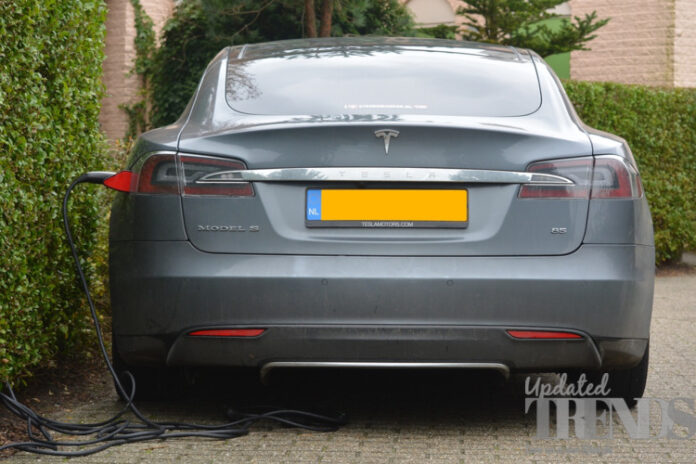 Electric car manufacturer Tesla and communications giant Zoom have joined hands to introduce video conferencing inside the Tesla vehicles. The car manufacturer has in the past few years has invested heavily in the features that could be useful for a premium in-car experience after the cars become self-driving. With the new technology in process, there are possibilities for the cars to have in-car video games along with a Tesla Theatre. With that it could also be integrated with the streaming apps like Hulu and Netflix.

The self-driving feature continues to remain in testing mode and might soon be introduced. While a number of companies are racing in to this technology, Tesla has faced a lot of delays for a number of reasons. It has to be clarified that such features in the cars could only be used only when the vehicles are parked especially when it is charging. Tesla is taking a few more steps by introducing native apps by partnering with Zoom.

The video conferencing app during a Zoomtopia event on November 8, 2022, made announcement about the official integration with Tesla. The news was also confirmed by the spokesperson from Zoom by adding that the Zoom integration for Tesla will be available on all the new models soon. The company also released a video while demonstrating how Zoom app would look inside of a Tesla. The electric vehicle giant has always introduced something new to improve the user experience. When the company had launched the Model 3 it had introduced the standard cabin-facing camera that is located in the rearview mirror.

Ever since then the feature is now available on all the Tesla models. Meanwhile, people hope that Tesla might not be investing much time, energy and resources behind this technology as this does not seem very useful. It could be initiating this as it could make the company look good on paper.