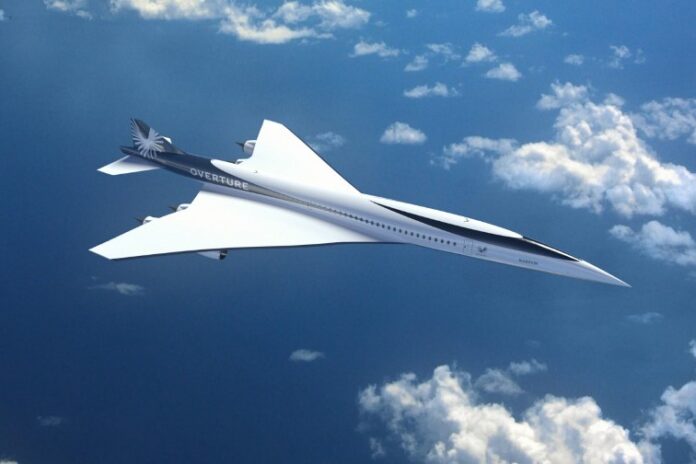 American company Boom Supersonic, that is ready to become a passenger aircraft manufacturer, will be providing up to 20 jets for American Airlines. The aircraft manufacturer is aiming to commercialize supersonic and super-fast flight. Boom Supersonic has  its Overture that boasts four engine jets and the company claims to deliver a speed of up to Mach 1.7 over water which is twice the speed that is provided by the current fastest commercial aircraft. This would mean that the jet would be able to cover the distance between Miami to London in just five hours instead of the standard nine hours.

About a year ago, United Airlines had committed to purchase nearly 15 Boom jets. In 2016 Virgin Atlantic had joined hands with Boom to test the planes that would have made the expensive flights more affordable. Now that Boom has the deal from American Airlines, the aircraft manufacturer has a total order of 130 aircrafts. The Overture jets by Boom have the capacity to carry 65 to 80 passengers and are expected to be rolled out of its Greensboro, North Carolina plant by 2025.

Test flights will be conducted in 2026. However, the company is already delaying the test flight of its other jet called as the XB-1. This hints that the delivery time of the Overture might also be delayed. The jets by Boom are incredibly fast but are reportedly not as fast as the Concorde that has flew at the speed of Mach 2.04. The Concorde had made its first flight in the year 1976 between New York and London and had covered the distance in just three hours. The aircraft remained in the skies till 2003 but then it was grounded due to a number of issued with the aircraft.

Some of the issues that were reported with the aircraft was that they were too expensive to operate and used too much of fuel. More reports say that the aircrafts were incredibly loud and this was when the Federation Aviation Administration  had banned  the supersonic commercial flights.