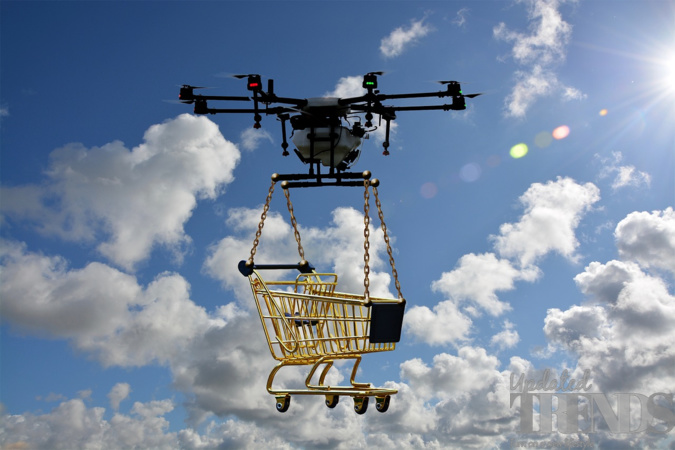 Retail giant Walmart is expanding its drone delivery service in six states in 2022. This would mean that more customers would not be able to get essentials and groceries delivered in 30 minutes or even less. The expansion is planned with the operator DroneUp and the retailer has said that it would be able to reach nearly 4 million households in certain parts of Arizona, Florida, Arkansas, Texas, Virginia and Utah. The deliveries for the customers will be fulfilled from nearly 37 stores out of which 34 of them are run by DroneUp.

The announcement about the plans was made in a blog post on May 24, 2022. The retailer is already offering drone deliveries from a few stores around its headquarters in North Carolina and northwest Arkansas. Till now Walmart was in the testing phase that saw how unmanned aircrafts could help in the retail sector and could drive the growth of e-commerce and would also help to compete with the competitors like Amazon.

Walmart had got in to a deal about a couple of years back with Zipline, Flytrex and DroneUp. It had started to test the project of delivering groceries  and at-home COVID-19 test kits to the customers. Now the deliveries would mark the extension of the strategy of Walmart that would give the company a competitive edge. It has been seen that nearly 90 percent of the Americans live within ten miles of one of the Walmart stores. The service helps to deliver essentials and groceries within two hours or less.

The customers who live in the range of Walmart’s drone delivery site will be able to order thousands of items between 8 am to 8 pm. Every delivery comes with a fee of $3.99. Customers can order goods totaling up to 10 pounds. Every order is picked, packed and loaded at the store and flown by a remote pilot who is certified  and would be delivered at the drive way the yard of the customer.