After the threat posed by the highly transmissible variant Omicron of COVID-19, the World Health Organization has issued a warning about a new variant that has been named as the XE and is found in the United Kingdom. The health agency has warned that the new variant is more transmissible than the omicron variant. Talking about the new variant, it is a ‘recombinant’ – a mutation of BA.1 and BA.2 omicron strains and it reflects when a COVID patient is infected by a number of variants at the same time.

Meanwhile, majority of the countries across the globe are looking forward to the declining number of COVID infections, but the new variant has sparked fresh concerns. The WHO has warned that the new variant could be ten percent more transmissible than the BA.2, which is the sub variant of omicron. The BA.2 variant had created a surge across Europe and East Asia and is now spreading fast across the globe. The new XE variant was first announced by the WHO on April 1, 2022 and was first detected in the UK in January 2022. Ever since then nearly 600 sequences have been reported of the variant. The United Nations health agency has earlier issued a warning against the Omicron and Delta variants.

Tom Peacock, an eminent virologist while talking to the XE and XF variants said that they are highly likely to act in a similar way like their parental virus. Experts have also voiced concerns about the XD variant which might be more concerning than the XE. The XD variant has so far been found in Denmark, Netherlands and Germany. Meanwhile, the BA.2 the sub variant of omicron is fast replacing the BA.1 variant in the countries like the UK and the United States.

China is another country which is facing a surge in the number of cases of COVID. In the month of March, 2022 the country reported 1.04 lakh COVID cases and the majority of them were in Jilin and Shanghai regions. 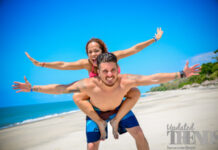 Secrets of happy couples you must know