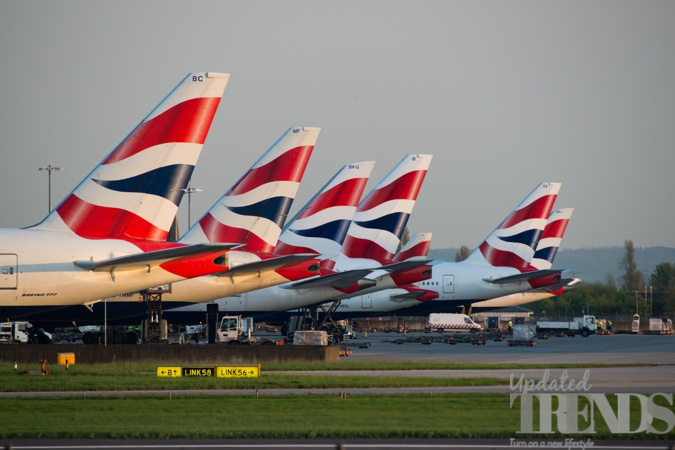 Nearly 500 flights were cancelled over the weekend by British Airways, after it suffered the biggest its IT meltdown for many years. The airline cancelled 65 flights on February 27, 2022 alone and 188 more are being held up. Even on February 26, 2022 more than 187 flights were cancelled and 151 more have been delayed. This also meant that more cancellations were made in Heathrow as this is where British Airways operates from.

After including the cancellations made on February 25, 2022, nearly 600 flights were disrupted as per the flight data analysis. The recent cancellations and the IT crisis came at a very wrong time, as the bookings were at the highest since the beginning of the pandemic. After the United Kingdom, a number of European countries had given up the COVID traveller tests for the fully vaccinated holiday makers. The issue was first emerged on Tuesday, but the British Airways could not resolve the crisis and has left thousands of passengers abroad. Many have been stranded in different countries, while others complained that their breaks were cancelled at the last minute.

Many of the angry passengers too their social media accounts to express their anguish and called the customer service of the British Airways ‘appalling’. A number of passengers also complained that they were not given re-routine options and had to wait for long hours in the waiting area for their luggage.

The British Airways explained that the failure is not a global issue and it was a problem with its check-in services. The airline also clarified that it is not a victim of a cyber attack. At the Heathrow airport, a letter was handed over to the passengers that had an apology for the passengers for the situation. Even in August 2019 the airline cancelled more than 100 flights from Heathrow and Gatwick due to an IT glitch. In 2018, the airline was fined £20 million after the hackers had compromised data of more than 500,000 individuals.