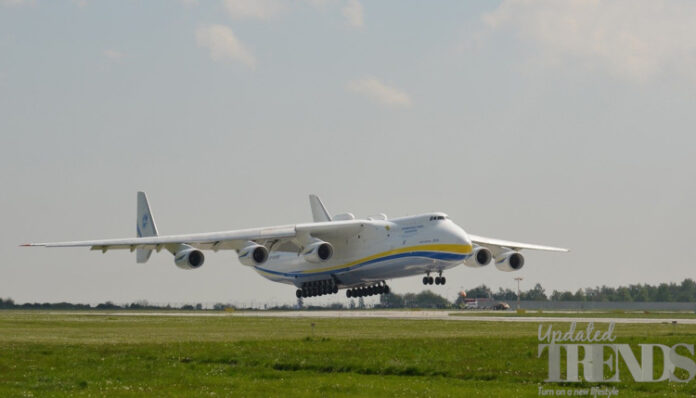 The Russia and Ukraine crisis has been going on since the past few days and the situation has been getting intense everyday making it tough for people residing in the country. The internet is filled with videos and images of some shocking situations as people try to deal with the situation. As per the latest reports the Russian troops have destroyed the largest aircraft in the world at the airfield near Kyiv. The AN-225 Mriya aircraft was burned down at the Hostomel Airport outside the capital with the help of Russian shelling.

The news about the Mriya aircraft was announced by Dymtro Kuleba the Minister of Foreign Affairs of Ukraine. The aircraft was manufactured by the Ukrainian aeronautics company Antonov. However Ukraine from the official twitter account assured that the plane has been destroyed by the Russian troops but they would rebuild the plane and that they would fulfill the dream of a strong, free and a democratic country. The Ukraine social media handle also posted a picture of the aircraft and added the caption, “They burned the biggest plane but our Mriya will never perish.”

However, the Minister of Foreign Affairs has not confirmed about the current condition of Mriya. But reports say that the AN-225 is being inspected by the experts and the technical details of the destruction cannot be reported.

Meanwhile, people in Ukraine are currently under a tough situation. A number of families have already left their respective residences and are making their way to the border. As a reaction to the Russian invasion in Ukraine, the United States made an announcement that it is suspending its operations at the embassy in Belarus and allowed the departure of the non-emergency staff from the embassy in Moscow. Antony Blinken the Secretary of State in a statement said that the steps were taken while taking in to consideration the security and safety issues emerging from the attack.