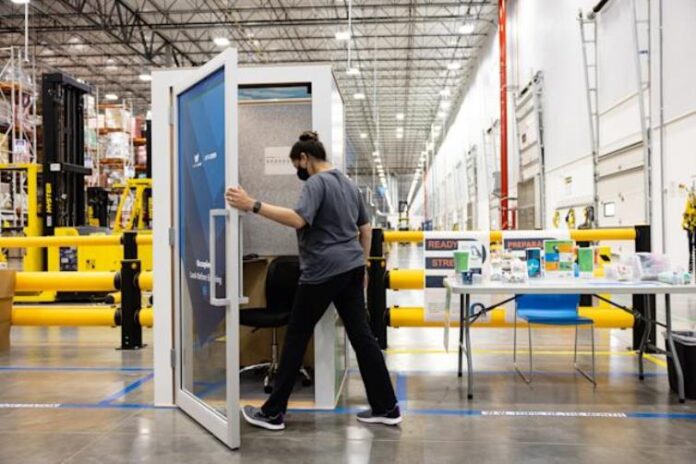 E-commerce giant Amazon is all set to install Zenbooths which are kiosks that would help its employees to destress and take a break. As the workload of the employees increase in the company, it has become vital to look in to the mental needs as well. The ZenBooth will be a mindful practice room which will be of a size of an old phone booth. It is a part of the company’s AmaZen program that will help the employees towards mindful practices with in the kiosks that would be installed in the buildings.

The employees will be able to sit in the booth that will have a chair, plants, pamphlets and a fan with a computer that would play videos selected by the employees. The concept was discovered by an employee named Leila Brown, who said that she wanted to create a space which is quite where people could go and focus on their mindfulness and emotional needs. It will be an interactive kiosk where the person will be able to go through a library of content about mental health and mindful practices that would help the person to recharge their internal battery.

The announcement about the booths have come right in time when the company has been facing a backlash in terms of employee quotas and workplace injuries that has gone up significantly in recent times. Amazon has also been criticized for engaging the employees in grueling 10 hour shifts. But despite the intention behind it, the idea did not go down well with everyone and the e-commerce giant was criticized for supplying meditation convenience instead of providing basic worker rights.