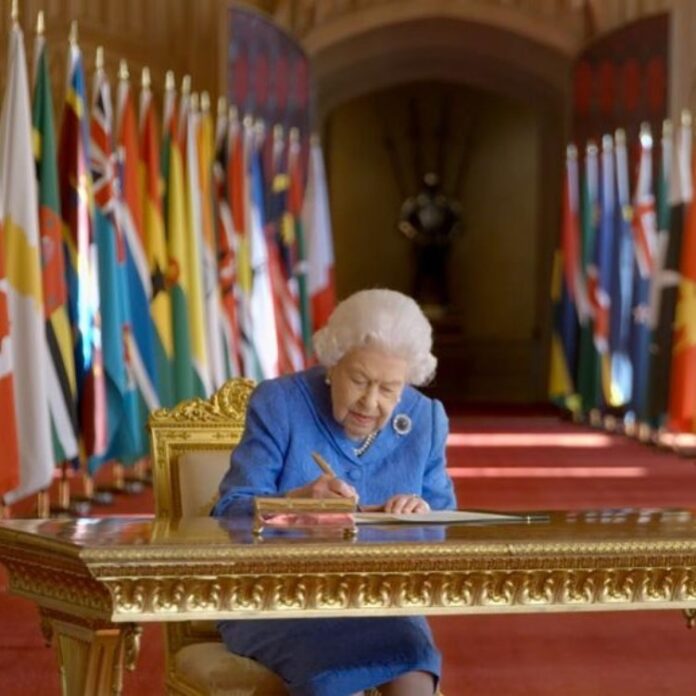 The Duke of Edinburgh, Prince Philip breathed his last on April 9, 2021. Just four days after the demise of the 99 year old, Queen Elizabeth II returned towards her royal duties on April 13, 2021. The Queen was a part of an event that marked the retirement of one of the most senior member of the royal house hold. The event was hosted by the Queen as Earl Peel retired as Lord Chamberlain.

Prince Philip has been with the Queen during her 69 year reign and breathed his last at Windsor Castle on Friday at the age of 99. The funeral is expected to be held on April 17, 2021. Prince Philip got married to the Queen in the year 1947. Due to her age, the Queen had reduced the number of engagements as she passed on a number of them to Prince Charles and his son William along with other senior Royal family members. However, some of the most symbolic and important events are carried out her the Queen herself. For instance, the opening of the parliament.

Prince Andrew, the Queen’s son while talking to the reporters on Sunday said that she was deeply saddened by the loss and also described it as a huge void in her life. Some of the royal aids have said that despite the loss of her husband, the Queen will not be relinquishing the throne in favour of her son and heir Prince Charles.

Queen Elizabeth the II is the world’s oldest and longest reigning living monarch. Meanwhile, Prince Harry has flown down from Los Angeles to attend the funeral of his grandfather. He is currently quarantining at his Frogmore Cottage in the UK. His wife Meghan Markle will not be able to be a part of the funeral as she is expecting her second child with Prince Harry. The baby is expected to be delivered during summer 2021.

Unvaccinated people in Alabama make for majority of the deaths